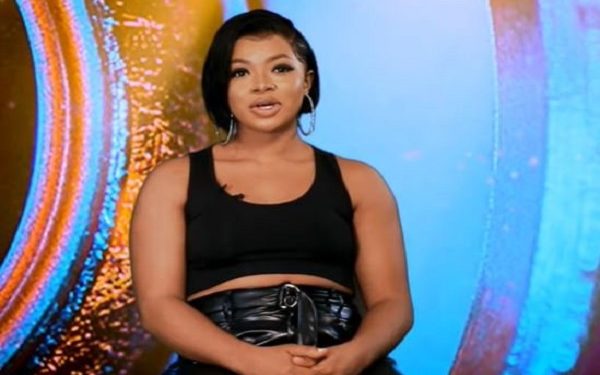 Liquorose has emerged fourth Head of the BBNaija Shine Ya Eye edition House and granted immunity from the nomination for possible eviction ahead of Sunday, August 29, 2021.

Liquorose emerged victorious after all the 20 housemates gathered at the arena for the ‘Head of House’ game on Monday, August 23, 2021.

It was the same game of dice rolling and boxes with instructions to determine the third HoH in the BBNaija Shine Ya Eye edition.

Unlike the fourth week, Big Brother cancelled the exemption of rolling a six for housemates before getting the opportunity to start the game.

All the 20 housemates took turns in throwing the dice and participated in the game at the kick-off.

Liquorose eventually won the game and will be enjoying the luxury of the HOH lounge.

With this development, Liquorose heads the House into the fifth week’s task and activities.

Big Brother gave restricted visits to few housemates to the Head of House lounge but no sleeping over. Liquorose and Peace were still barred from the HOH Lounge.

As usual, the Head of House (HoH) title comes with some extra privileges.

Liquorose gets to sit on the throne-like HoH chair, gets information directly from Big Brother, and reads out the day’s task to the other housemates.

This privilege was one of the reasons the HoH challenge is usually hotly contested for by all housemates.

Despite Pressure, Secondus Not Leaving Office Before December 10