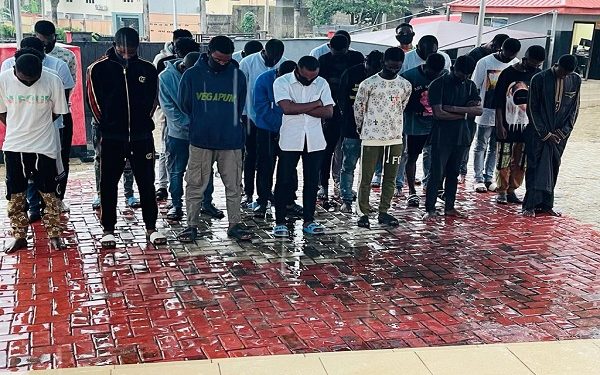 The Ibadan Zonal Command of the Economic and Financial Crimes Commission(EFCC) at the weekend arrested 37 suspected internet fraudsters.

The suspects were arrested at Ibadan and Oyo town following intelligence on their alleged involvement in internet fraud.

A statement from the Commission’s Head of Media and Publicity, Wilson Uwujaren said the suspects will be charged to court as soon as investigations are concluded.