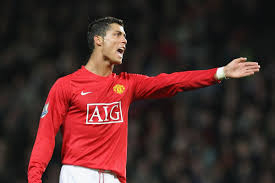 Manchester United shares have soared by 8 per cent after the football club announced a sensational deal to re-sign Cristiano Ronaldo, Newspeak exclusively gathered.

This means Ronaldo’s acquisition has added about £181.6 million in market cap to the stock.

The 36-year old five-time Ballon D’Or winner is returning to the club he left in 2009 after Manchester United agreed a deal with Juventus.

Shares in Manchester United, which trade on the New York Stock Exchange, jumped 8.8pc to $18.77. Investors are eyeing a revenue boost for Manchester United, with Ronaldo, one of the world’s best-known athletes in the world with 333 million Instagram followers, sure to boost shirt sales.

According to reports, the jump in the shares will reward followers of Nick Train, the star fund manager.

Train is one of the largest external shareholders in Manchester United, alongside American fund group, Baron Capital.

His stake dates back to the 1990s, when the club listed its shares on the London Stock Exchange. After selling up as part of the Glazers’ takeover in 2005, Train later bought shares back from the family in 2017, after the stock had listed in New York.

However, external shareholders of the football club have little voting power, which is largely reserved for the Glazer family. The Glazers are entitled to 10 votes per share they hold, versus one per share for outside investors.

Secondus Shuts Out As Akinwonmi Presides Over PDP Caucus Meeting