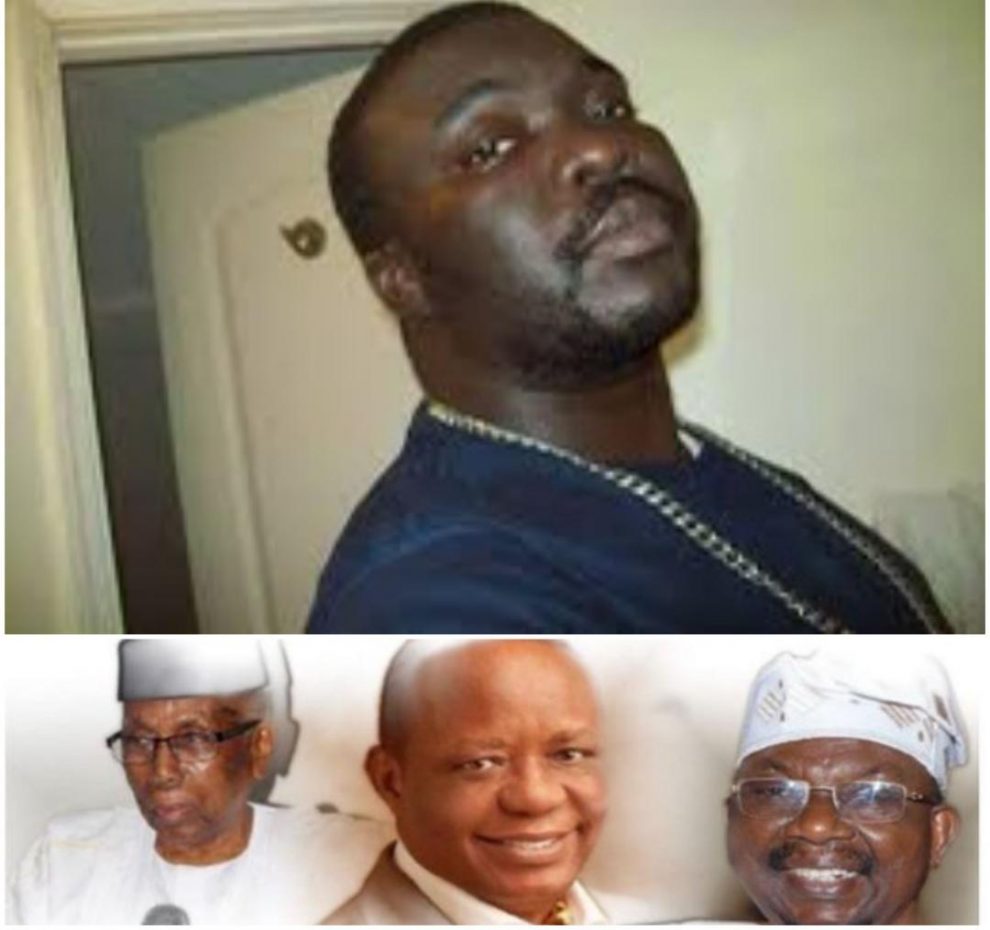 Ayefele’s Station Manager, 19 Other Prominent Nigerians Who Died In August 2021

Here is a list of prominent Nigerians who died in August 2021:

Uwaifo studied at the University of Benin where he obtained a First Class in Applied Arts at 54, a Master’s Degree in Sculpture at 56, and a Doctor of Philosophy (PhD) in Architectural Sculpture at the age of 77.

He was renowned for his hit tracks such as ‘Joromi’, ‘Mami Water’ and ‘Guitar Boy’.

The Olu of Warri, HRH Tsola Emiko, who is married to Okunbo’s daughter, Ivie, is an in-law.

During his lifetime, he had served Nigeria meritoriously as a civil servant, first in the old Northern Region, and later at the federal level, rising to the position of permanent secretary.

He belonged to the class of the highly influential group known in the Aguiyi-Ironsi and Yakubu Gowon regimes as Super Perm-Secs, which also had in its ranks the late Allison Akene Ayida, Chief Philip Asiodu and Alhaji Musa Daggash.

Joda died in Yola, the capital of his home state, Adamawa.

The family head, Muhammad Bala Shagari, said in a statement: “We lost her in the early hours of Thursday at about 3.00 am, after battling COVID-19 at the Gwagwalada Isolation Centre in Abuja.”

He died from a suspected case of food poisoning.

Dike was confirmed dead hours after Tinsel star Victor Olaotan was announced dead by his widow.

Read Also: 8 unmarried celebrities at over 40
President Actors Guild of Nigeria, Emeka Rollas who confirmed the incident, said that Dike died after being ill for two weeks.

Dike, who was chairman Board of Trustees Actors Guild of Nigeria, died in Lagos.

The family disclosed that Mohammed died from COVID-19 related complications.

He was buried in his hometown – Ondo, Ondo State, beside the tomb of his father and grandmother.

The Owerri-born actor died on Tuesday, August 10, 2021, after being ill for months without funds to cater for his health.

A video of Rich Oganiru lying in his sickbed and begging for financial assistance had surfaced online.

Olaotan, who became popular for his role as Fred Ade-Williams in MNet’s popular series, Tinsel, died after six years of ill health.

He died on the day funeral rites for his colleague, Rachael Oniga, began.

In 2016, Olaotan was involved in a car accident, which left him bedridden.

Born in March 1955, Ekhomu was the chairman, Transworld Security Systems and a founding member of the American Society for Industry Security (ASIS) International in Nigeria.

Gani stated that Dominic died of a COVID-19 related ailment.

Mu’azu died in Kaduna after a protracted illness.

His son, Ibrahim, who confirmed that his father had been bedridden for a long time before he died.

Ajiboye, according to a statement released by Fresh FM, died of COVID-19 complications and was buried in his hometown, Okemesi-Ekiti.

Nuhu Aliyu was the first chairman of the PDP in Niger state before being elected into the Senate in 1999, 2003 and 2007.

Born in 1941, the deceased studied Advanced Police Management at the Police College Jos and rose to become a Deputy Inspector General of Police.

He was in charge of the Force Criminal Investigation Department before he retired.

According to a statement, the first President of the Society of Nigerian Artists (SNA) died at the Gbagada General Hospital in Lagos state after a ‘brief illness’.

He was buried at the Atan Cemetry, Yaba on Monday according to Islamic rites.

Grillo, who was a prominent art teacher at the School of Art, Design and Printing, Yaba College of Technology, Lagos before his retirement, trained at the Nigerian College of Arts and Science Zaria (now Ahmadu Bello University), and was a member of the Zaria School, a society founded in 1958.

Born in 1934 in the Brazilian Quarter of Lagos, Yusuf Grillo went on to become one of the most influential figures in Nigerian art.

After studying extensively in Nigeria and the United Kingdom, Grillo became the Head of Art and Printing at Yaba College of Technology, a post he retained for over 25 years.

Durojaiye, 88, was once the Chairman, Board of Commissioners for Nigerian Communications Commission (NCC).

Her husband, and the Supreme Commander of the National Military Government, was killed on July 29, 1966.

A family source said the late Plateau Central Senator died at a private hospital in Abuja after nine days of sickness and isolation.

He informed Mantu died around 2 am on Tuesday.

Mantu, in 2001, was elected Deputy Senate President on the platform of the People’s Democratic Party (PDP), a position he held till 2007 when he did not return to the Senate.

He hailed from Gindiri District in Mangu Local Government Area of Plateau and worked in various establishments before joining politics.