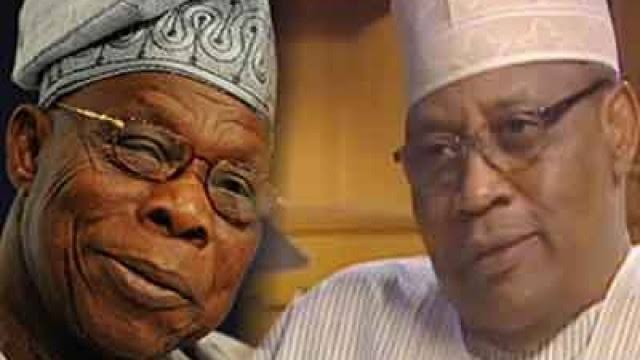 The Northern Youth Leaders Forum (NYLF), on Saturday, called on former President Olusegun Obasanjo to urgently summon a meeting of those it called “Nigerian fathers” with a view to intervening in the country’s woes and proffering solutions.

Those who fall into the category, according to the forum, include Generals Ibrahim Babangida, Theophilus Danjuma, Abdulsalami Abubakar; Chief Ernest Shonekan among others.

Afiyo, who identified banditry, kidnapping, corruption, poor economy, agitation for secession as part of the challenges bedevilling the country, submitted that it is high time “Nigerian fathers” met and proffered solutions to the challenges before it consumes the country.

He described Obasanjo as an “advanced citizen who believes in the cooperate existence of Nigeria.”

Afiyo identified those who fall into the category of Nigerian fathers include Generals Ibrahim Babangida, Theophilus Danjuma, Abdulsalami Abubakar; Chief Ernest Shonekan among others.

He said the current crisis in the PDP is a result of power-play between some governors because of their presidential ambition in 2023, urging former Obasanjo to call on the Bauchi State governor, Senator Bala Muhammed to prevail on the governors.

He noted that the courage, competence and experience of Governor Muhammed can calm the storm within the PDP.

He said the forum was part of the groups that supported President Muhammadu Buhari in 2015 but expressed concern that he (Buhari) has failed to meet the expectations of Nigerians.

He said the All Progressives Congress-led federal government lacks the political will to solve the myriads of challenges confronting the country.

He regretted being part of the groups that brought Buhari in 2015 but failed to meet the expectations of Nigerians.

“We were part of the groups that brought Buhari in 2015. We thought the Buhari that we know will change things, but we realised that we have made mistake and we have to correct it, that is why I came personally to see Baba Obasanjo and we have discussed, he has to also be involved.

“We want him to do two things. one, to summon the elders, the Nigerian fathers. They have to meet, discuss and intervene,” the NYLF Chairman said.

He also called on Obasanjo to wade in the crisis of the Peoples Democratic Party (PDP) with a view to resolving it, saying that only PDP can provide an alternative and better governance, which Nigerians are yearning for.

Speaking on the agitation for power shift ahead of 2023, the NYLF declared that the next president could come from any part of the country, provided that such candidate’s competence and capacity to address Nigeria’s challenges, is guaranteed.

Afiyo said “as it is now, we are not concern about power shift or power rotation, we are looking for somebody that can solve our problems. I want to beg Nigerians. The president can come from anywhere, the person that we are convinced that will solve our problems is who we need now”.

It is a known fact and public truth that it is only PDP that can give us hope and that can guarantee the future of Nigeria because APC has failed and continued to fail.

“Unfortunately, we fell into the trap of APC and we have given APC enough time to change, but there are no changes instead things are getting worse, so we believe PDP is the only party that can bail us out that is why I decided to come and see Baba”.

He (Obasanjo) has been trying, there are about seven of them that have been trying, but this time around, we want him to come out publicly and participate in the PDP, because if PDP is destroyed then we are finished.

He has been intervening, but this time around, we want him to intervene publicly. People created the crisis and some people must solve the crisis, if those that created it refuse to solve it, we have many people that can solve it, that is why I said, Baba should intervene. The Nigeria fathers should intervene, they should talk to the elders, Baba in particular because this problem is being created within the Nigeria Governors’ forum because of their interest in 2023. But we have somebody who can calm the storm and talk to them”.

As it is now, we are not concern about power shift or power rotation, we are looking for somebody that can solve our problems. I want to beg Nigerians, the president can come from anywhere, the person that we are convinced that will solve our problems is who we need now.

Security Beefed Up In Oyo After Robbers Write Bank