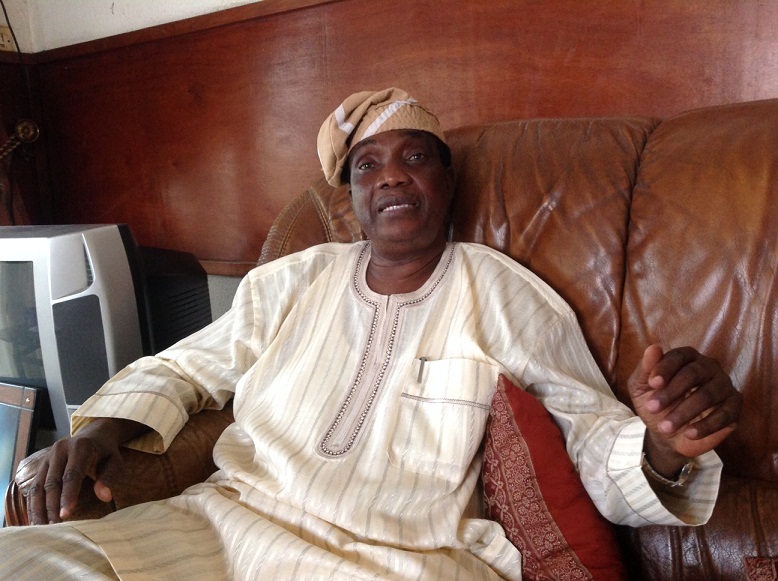 A Former Minister Mines and Steel and Chieftain of the Peoples Democratic Party, PDP, Elder Wole Oyelese, has urged aggrieved members of the party to give Governor Seyi Makinde a chance to solidify the party in the state.

Oyelese made this known in a statement made available over the weekend in Ibadan, the state capital.

He said Governor Makinde has given a commitment to the reconciliation team to carry everyone along and won’t be stampeded to take hasty decision.

His words: “As the only remaining Founding Father of the PDP still politically active in Oyo state and who is passionate about the survival and dominance of the party, I find it incumbent upon me to make a passionate appeal to those party members spoiling for war over party patronage to allow good reasoning to prevail. I make this appeal in the wake of the impatience being exhibited by some members who are apparently succumbing to external influence.
“It is a great disappointment that at a time when we should be serving a NO VACANCY notice in Oyo government house on the APC, some people in the PDP could be engaged in activities that could be detrimental to the success of the party. I sincerely hope that all aggrieved leaders of the party will allow political maturity to prevail in the resolution of grievances. All hands should be on deck at this time to create a conducive atmosphere for the Governor to consolidate on his remarkable achievements.

“As for the impatient group now being misled to spoil for war when there is no reason for it, I advise that they should look back and question their current actions. I find it difficult to understand what these impatient fellows stand to gain with their ill advised move to factionalise the party when the Governor is doing his utmost best to make party members happy.

“I wish to warn them to retrace their steps back to the path of honour, sanity and good judgement. There is no doubt that they or any other group for that matter lack the capacity to factionalise the PDP in Oyo state but it is the desire of the Governor to have everybody on board going by his body language.

“Governor Makinde has given a commitment to the Reconciliation team to make amends and to carry everyone along in the party. For all that is visible and up till now he is on course and has not breached any of the commitment given and that is why the sudden rush of the impatient group suggests a sinister hidden agenda that is not in the best interest of the party.

“I therefore call on our teeming loyal supporters to continue to give maximum support to Governor Seyi Makinde in order to solidify the party for huge electoral success come 2023.

“I commend the position of those leaders of the aggrieved group who have opted to give the governor the benefit of the doubt by exercising maturity in their dignified patience. It is important to warn those belligerent elements that they stand to loose everything by their attitude as the Governor will not be stampeded under any condition to take hasty or ill- considered decisions. It is equally important to warn any self styled leader who is under the illusion that without him the PDP in Oyo state will collapse to wake up from his bad dream and face the reality that the party is greater than any one individual. Besides, any individual who is nursing the idea that the Governor should virtually hand over the key of the treasury to him should make an honourable exit out of the party now as no one person deserves that kind of treatment regardless of their perceived self importance or contribution to the electoral success of the Governor.

“The Governor has promised to compensate party leaders and members and that should be enough for any well-meaning party loyalists to be patient and allow him to deliver. The governor has even disclosed his preference for empowerment which is a more meaningful initiative that would secure the future of party members.

“Finally I wish to advise the new leadership of the party at the national level to be good leaders who will build bridges rather than walls through actions that would not encourage factions in the party. Our party in the South West for instance has gone through a lot in the recent past due to bad leadership and everything should now be done at this time to help Governor Seyi Makinde consolidate the party and deliver the geo political zone to the PDP. It is doable with the right support and this we are ready to do.”

Security Beefed Up In Oyo After Robbers Write Bank