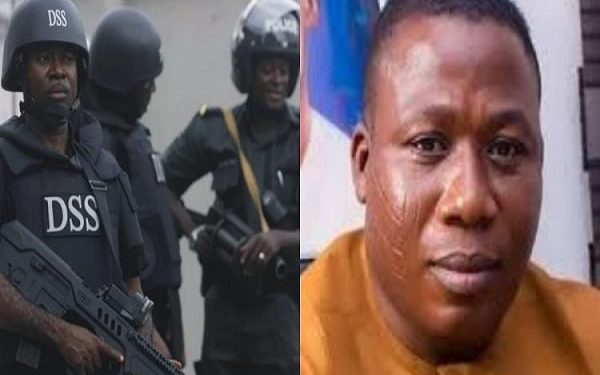 How DSS Killed Two During Raid Of Igboho’s House, By Lawyer

Pelumi Olajengbesi, the lawyer to the now-released aides of Yoruba Nation activist, Sunday Adeyemo, has explained how the Department of State Services (DSS) operatives killed two persons during a raid of Igboho’s house.

The Nation reports DSS operatives had confirmed killing two people at Igboho’s house during a gun duel between the agency and the latter’s supporters.

But Olajengbesi, in an interview monitored by The Nation stated that the two persons killed were harmless.

The two persons killed have been identified as Saheed Adisa popularly called Adogan and Igboho’s maternal uncle known as Alfa.

On Monday, DSS released eight of the 12 Igboho’s associates after about 61 days in custody, while four others are still being held for ‘technical reason’.

Olajengbesi said: “The people that SSS claimed that they killed in gun duel, those people were actually hiding during the battle, trying to prevent themselves from being killed because any room the SSS operatives entered, they sprayed bullets

“Those people were harmless, they were hiding, and they were in the dark.

“As a matter of fact, one of the person’s killed was because he was blind, he couldn’t see.

“Two persons were killed. One was blind. One was in the bathroom hiding, they got in there and sprayed bullets.

One of associates responded saying that “Alfa is the one, he could not see, those killed were hiding for safety.”