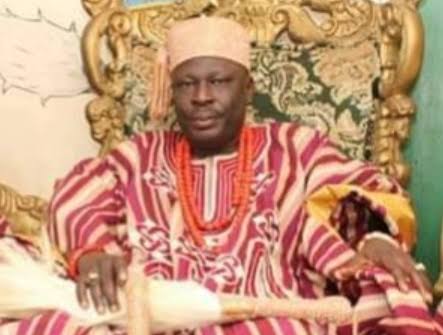 The Aseyin of Iseyin, Oba Dr. Abdganiy Salawudeen Adekunle Oloogunebi (Ajinese 1) has reacted to a report in some online media platforms that claimed that security men denied him, Alaafin of Oyo and Olubadan of Ibadan entry into the stadium during the commissioning and ceremonial football competition that held on Wednesday.

The monarch said he got into the stadium and witnessed the events alongside other traditional rulers and dignitaries invited for the commissioning ceremony.

Oba Adekunle hinted that although there was overzealousness displayed by the security men at the entrance of the stadium, but it was expected, looking at the number of crowd that besieged the event center at Adamasingba and the space created for people to pass into the main bowl of the facility.

He said the number of security was expected as many would have attended the event with the mind to rob and cause havoc and would only be checked from entering the stadium by such fierce force of the security.

Aseyin said Alaafin of Oyo, Oba Lamidi Adeyemi and the Olubadan of Ibadan, Oba Saliu Adetunji decided to turn back at the gate because of the crowd of miscreants that wanted to force their ways into the stadium.

“I would not know why somebody would say I was turned back by security men, I attended the event and was ushered in, although the entrance was rough due to mammoth crowd of miscreants that wanted to force their ways in and the way they were resisted by the police and other security agencies.

“Baba Alaafin and Olubadan are not of my age, you cannot expect them to withstand such rigor and that is why they turned back and went home, people should learn to draw a line between politics and good governance, the project is not for Seyi Makinde but the whole of Oyo State to be proud of, we should rather appreciate the governor for doing what many others have failed to do overtime.”

The commissioning ceremony of the re-modelled Lekan Salami Stadium, Adamasingba was witnessed by the former Vice President, Atiku Abubakar, the Chairman of the South-West Governors’ Forum, Arakunrin Rotimi Akeredolu and his Edo State counterpart, Governor Godwin Obaseki as well as the President of the Nigeria Football Federation, Amaju Pinnick.