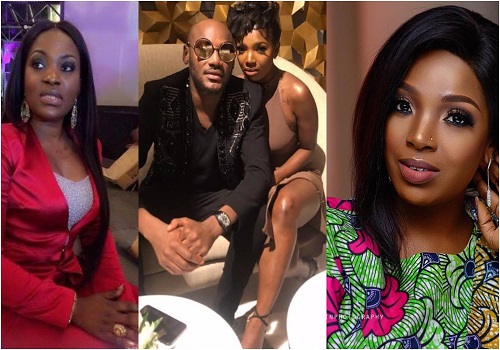 There are seeming cracks in Innocent 2face Idibia’s nine-year-old marriage to wife, Annie Idibia over one of his baby mamas, Pero Adeniyi.

In an Instagram rant in the wee hours of Thursday night, Annie Idibia called out Tuface, who is now known as 2baba, for defying their marital vows and spending a night together with Pero.

She alleged: “Your baby mamas constantly use your children as an excuse for all sorts of rubbish.”

She slammed Tuface for sleeping under the same roof with his children’s mother, Pero Adeniyi, whenever he’s visiting the kids they share.

“What kind of man takes his kids to Disney and spends the night in the same apartment with the kids and their mother? How many times have you gone to see your kids with Pero? And she stays with you and the kids under the same roof for nights?”

Continuing, the ‘Blackberry Babes’ actress wrote,:“I try to stay gracious, you are not the first man on planet to have kids by different women. Everything I do is to show the good human that I’m, but today this move you, Efe Frankie and your family took is unacceptable.”

Annie also accused her husband of always ganging up with his family members to do things that will bring public disgrace to her.

She also noted that she deserves better from him having stood by him even when it was obvious his family never liked her or their relationship.

“I’m a patient woman, I’m not a fool innocent. Your family never loved me from the beginning! No matter how hard I tried, I was never worthy to them. I have made so many sacrifices for you and all your children and God knows I have tried.”

The award-winning singer and father of seven shares five children with other women from his previous relationships and two with his wife, Annie Idibia.

He got married to Annie in a society wedding in Dubai in 2012.