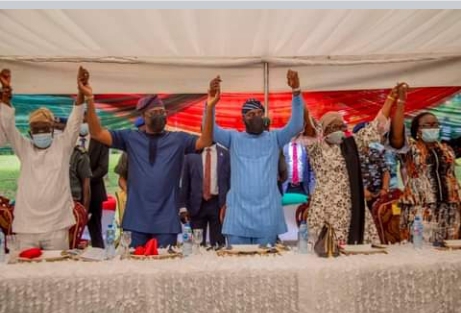 Oyo State Governor, Engineer Seyi Makinde has inaugurated a local organizing committee ahead of the Peoples Democratic Party state’s Congress which is billed to hold in October.

Meanwhile, the Oyo State PDP Caucus, has accepted the nominations of 11 party members as the local organising committee for the forthcoming state congress.

This is contained in a communique signed by the party state chairman, Alhaji Kunmi Mustapha and issued at the end of its meeting, held on Monday, at the Oyo State Government House, Agodi, Ibadan.

“The caucus reiterated its commitment to a rancor free, peaceful and a united congress where every necessary stakeholder will be carried along

“The caucus also appreciated Gov Seyi Makinde for purchasing all the nomination forms for the state 2021 party congresses at all levels.

“The entire Oyo State PDP caucus reaffirms its believe and trust in the leadership of Gov Makinde as the leader of PDP in the state,” the communique read.

I’m Not Afraid Of Anything, Anybody, Take Me To Nigeria – Sunday Igboho Speaks From Detention