Ex-Lawmaker, 6 Others Arraigned For Alleged Murder Threats, Forgery In Ogbomoso 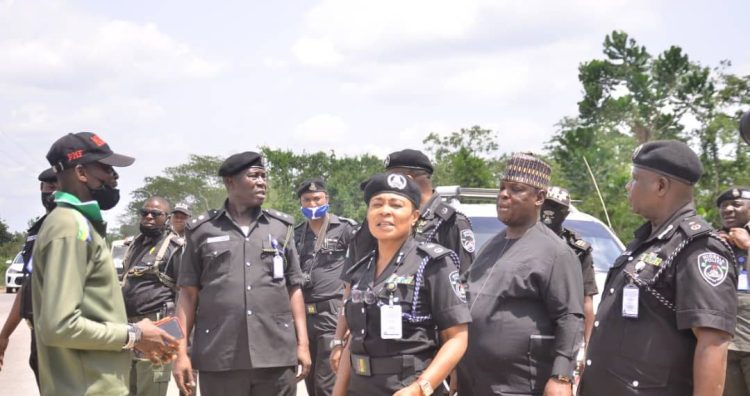 The Oyo State Police Command has arraigned seven men before a Chief Magistrate’s Court sitting in Ogbomoso for offences bordering on conspiracy, forgery, publication of false documents and threats to murder a traditional chieftain.

The charges read in part, “That you, Chief Mathew Wojuade Ademola, and others at large, in January 2020 at Oko area of Ogbomoso, conspired and unlawfully forged signatures on letters and other documents written with the letterhead of Oba Oladunmoye Adaramola Oyenubi, dated May 29, 2011, purportedly confirming the title of Elejumo of Oko Land on Wojuade Mathew Ademola and knowing it to be false and with intent that it may be used or in any way acted upon as genuine.

“That you, Wojuade Gbemiga, Wojuade Phillip, Bello Opeyemi, Eyolade Joshua and Dr Folaranmi Oyebamiji, on the same date and time with intent to cause fear and hatred, unlawfully published defamatory and false news on Facebook that one Chief Solomon Ojedayo was a mad man, a bastard who was not born by his father and also that Chief Solomon Ojedayo did money rituals and will surely meet his Waterloo soonest.”

They all pleaded not guilty to the charges as their counsel, I.H. Adigun, made an oral application for bail in liberal terms.

The chief magistrate granted the accused bail in the sum of N500,000 each with two sureties in like sum.

‘My in-laws killed my wife’—Man Cries Out