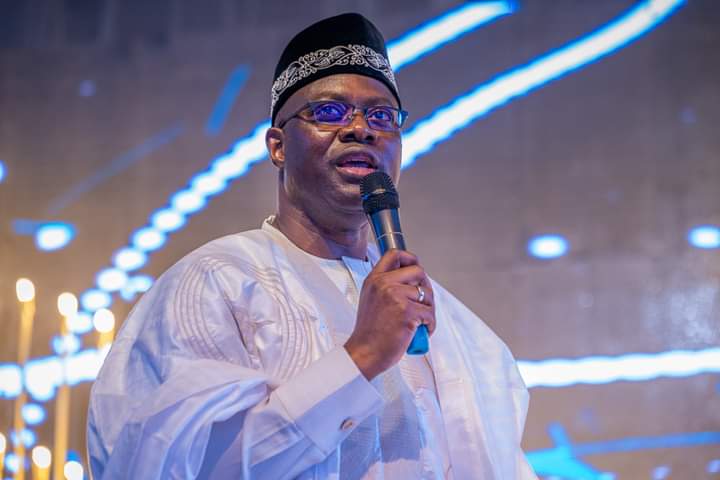 The Peoples Democratic Party (PDP) Oyo State chapter, on Wednesday lauded Governor Seyi Makinde over sustained policies and programs which were hitherto, perceived by critics and opposition parties in the state as ‘impossible’ saying that the governor has successfully delivered on his four key electoral promises to the people which has qualified him as the ‘impossibility specialist’.

The ruling party in a press statement on Thursday Sept 9, 2021 by its State Publicity Secretary, Engr Akeem Olatunji and made available to newsmen stressed that political parties are a vehicle through which politicians attain power adding that since Oyo state belongs to everyone regardless party affiliation it behooves on all to give the Governor Makinde led government maximum support in order to deliver more dividends on democracy.

According to the Oyo PDP statement, there is no justification for politicians in the state with the genuine intent to serve the people to want to deny the people continuous enjoyment of good governance under Governor Seyi Makinde since their claims were to serve the people and not to have access to the state treasury with interior intent of looting .

“We as the ruling party in our dear state engaged in series of evaluations based on deliverables and performance especially under the present era of global pandemic, national insecurity dwindling economy especially now that politicians with sheer unbridled desperation and penchant for political power now abound, have concluded that Governor Makinde has displayed selflessness in the highest order by sustaining what many oppositions perceived as ‘unsustainable’ thereby earning himself the ‘impossibility Specialist’.” The party said.

Oyo state PDP maintained that it is the beauty of democracy anywhere in the world to have people putting government on its toes to keep it focused but it becomes very unhealthy for democracy when politicians play mischievous and malicious politics by deliberately peddling falsehood and lies in the face of unarguable reality stressing that such must be discouraged especially in a developing democracy such as in Nigeria.

The Oyo State PDP Spokesman, Olatunji explained that only charlatans with no focus and direction promise heaven and earth to curry votes of unsuspecting and unenlightened members of the public noting that Governor Makinde was definite and logical in his electoral promises built around four key pillars to include Health, Education, Security, and the economy to be driven by infrastructural and Agricultural developments via agribusinesses.

The ruling party stated that Oyo state has never had it so good in terms of standard of living and quality of life of all resident in the state as a result of human friendly policies and programs targeted towards improving the wellbeing of the masses by the Seyi Makinde led government urging opposition parties in the state to shun all forms of election loss bitterness, and ‘pull him down by all means syndrome’ in the name of playing politics.

The party affirmed further that no governor in the history of Oyo state has constructed more roads in less than three years of its administration than Governor Seyi Makinde adding that wellbeing of the people including civil servants and pensioners are all on top spots in the governor’s order of priorities which is why Oyo state is recording tremendous development in a period some other states still battle hard to pay only salaries of its workforce.

The statement further enjoined all PDP members and leaders in the state not to allow opposition parties leverage on members political aspirations and themselves be used against its own house as 2023 beckons stressing that the entire country was yet to recover from the mistake some PDP leaders made prior to 2015 general election as the Nigerians now wish they could turn back the hands of time.

“The Oyo State PDP wish to state very clearly and unequivocally that Governor Seyi Makinde with the fear of God and love of mankind has fulfilled his mandate on the premise of the four cardinal pillars upon which his administration rests and we in the ruling party are so proud that we urge our brothers and sisters in the opposition parties to in the spirit of love of mankind and good governance set politics aside and support Makinde for him to deliver more.

“We understand that the opposition parties and other antagonists of the present administration may in the guide of politicking continue to engage in destructive criticism of everything Governor Makinde is doing to make Oyo state a better place for us all regardless of political affiliation, religion, or ethnicity but if whatever they claim to have is anything near love for mankind and good good governance then they must as a matter of duty support Makinde to succeed not stand as a clog in the wheel of good governance.

“The present administration under our ‘God Sent Man’ is running on a well articulated blueprint built around four cardinal pillars which include Healthcare development, Education, Security, and Economy which is been been revamped through infrastructural and agricultural developments.

“Aside from all the great works across various sectors of the economy being done by the Seyi Makinde-led Government, the Lekan Salami Sports Complex, Adamansingba Ibadan, as one of Oyo’s heritage has restored our sense of pride as a people and further strengthen our hope in a brighter future of our children.

Some of the projects by Governor Makinde that gave us hope for a brighter and secured future in Oyo state include 21km Airport-Ajia-New Ife Express Road with a spur to Amuloko, 45.3km Saki-Ogbooro-Igboho Road, 9.7km Saki Township Road, Idi-Ape-Bashorun-Akobo-Odogbo Barracks Road, 5.2km Gedu-Oroki-Sabo-Asipa Road, General Gas Flyover. Within the last two years, the Makinde led Government identified 19 roads of 334km across Oyo State which are being reconstructed/rehabilitated in the following areas:
Ibadan – 13 (148.21km), Ibadan– Ibarapa (58km), Ogbomoso– 1 (3km), Moniya– Iseyin (65km), Oyo– 1 (5.25km), Oke-Ogun– 2 (54.4km). These are just in the area of road construction among other sectors.

“Very worthy of note apart from all the completed and ongoing road projects that has turned Oyo state into a construction site, the Governor has successfully sustained prompt payment of workers salaries, pensions, and gratuities as well as promotion of eligible civil servants purely on merit without giving excuses or allowing covid-19 or national security challenge which has been successfully contained in the state to derail the state government even when our other APC governors still owe backlog of salaries who others pay salaries in percentages

“Makinde in the middle of extremely harsh national economy occasioned by covid-19, poorest ever foreign exchange of naira to dollar amongst other challenges has sustained total commitment to welfare of civil servants via prompt payment of workers salaries on or before 25th of every month since inception since 2019 without a single hiccup till date yet Oyo economy has not suffered instead, is witnessing tremendous boost and increased internally generated revenue (IGR) because of a business friendly environment for the corporate sector.

“We like to state very clearly that the desperation of our brothers in the Oyo State chapter of the All Progressives Congress (APC) as evident in violence leading to acrimonious results after their ward and local government congresses has heightened the apprehension of the good people of Oyo state as it readily reminds the mind of the gross mistake of 2015 when the people were deceived via false propaganda, malicious statements and lies all in a bid to gain power at all cost.

“Governor Makinde is not engineering the modern Oyo state as we all can see for Oyo PDP members but for all including members of the APC who are consistently acting like a clog in the wheel of progress therefore, if their true political intent is born out of love for mankind and good governance then must realize that it is in the best interest of all regardless of political divide to support Makinde’s government until he May 29, 2027 when he will be handing over to another government.” The ruling party said.

Oyo PDP Crisis: Our Party Is Not Omituntun Organisation – Olopoeyan