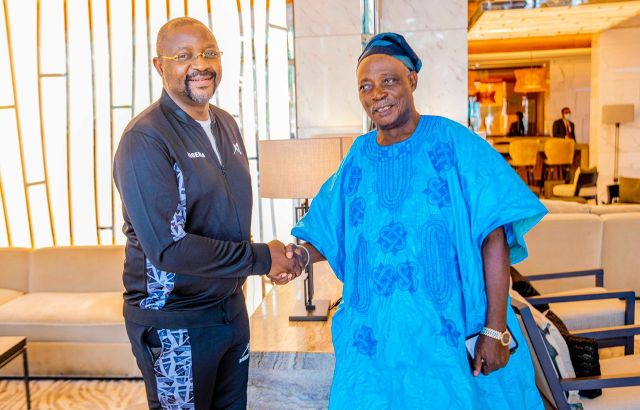 The breakfast meeting which lasted for about an hour at the Lagos Marriott Hotel, Ikeja. Sources say the meeting was cordial and focused on the general development of Oyo State in particular and the South West Region in general.

Speaking with an Ibadan base Online Newspaper, the Minister said that his meeting with the forrmer governor was private in nature, stressing that Ladoja remains a leader and key political stakeholder both in Oyo and South West political development.

“Senator Rashidi Adewolu Ladoja is a leader of men and a respected key stakeholder in Oyo State,” Mr. Dare said. “His impact on the past and future developments on the state cannot be overemphasised. My meeting with him is not odd at all and the details will remain private.”