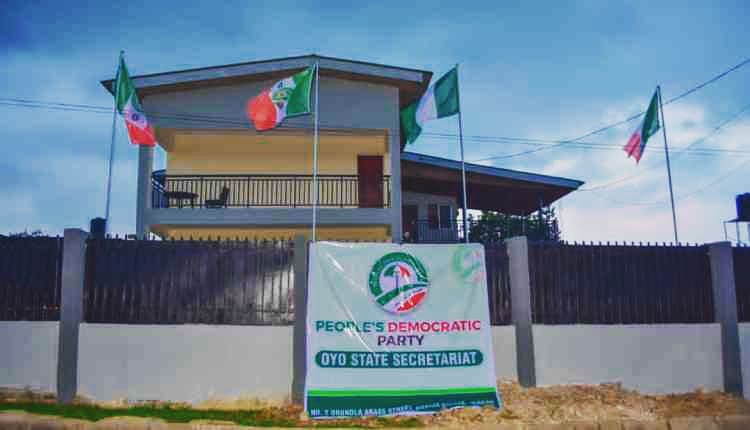 The aggrieved members of the Oyo state chapter of the People’s Democratic Party, PDP have purchased nomination forms for all 33 local government areas of the state and have begun submitting them to the National Secretariat of the party.

This was made known on Monday, by Alhaji Bisi Olopoeyan, who is among those speaking for the aggrieved party members.

According to the Nigerian Tribune, he affirmed that they were also PDP members and had got forms for all the 33 local government areas of the state.

This move comes just as the Kunmi Mustapha leadership of the Oyo PDP disclosed, last week, that Governor Seyi Makinde had purchased all nomination forms for party members across the 33 local government areas of the state.

Olopoeyan held that the two divides in the party were extending to the congress because there had been no development since the Senator Bukola Saraki reconciliation committee visited the state and gave an August mandate for the resolution of the issues.

Olopoeyan said: “Since SenatorBukola Saraki reconciliation committee visited, the governor has done nothing. So, everyone remains on his or her own lane and we have also gone to purchase forms.

“We are all PDP members and have got forms for all the 33 local government areas of the state. In fact, all forms have been shared and we are already returning them to the National Secretariat in Abuja.

“We got our forms, they have got theirs. If parallel occurs, it is part of congress. Every party member is on his or her own.

“The governor has not invited anyone of us or spoken with us. The governor is not ready to speak with anyone anymore.

Asked that his side seemed to be losing out in the party reckoning going by the Governor Ahmadu Fintiri led convention committee composition, Olopoeyan argued that the committee simply had a duty to organise a convention and that the congress here was an entirely different ball game

Wike To Atiku: Don’t Blame Me If You Lose 2023 Election