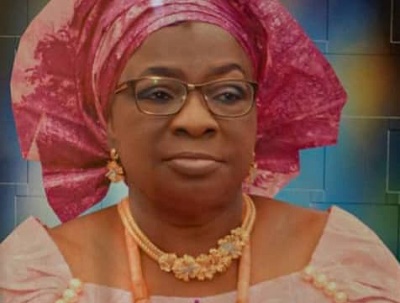 Bolaji Tunji, Special Adviser on Communications to the former governor, confirmed the death of the deceased on Tuesday.

Mrs. Ajimobi is the wife of the immediate past Governor of the State, late Abiola Ajimobi.

Folarin, in a condolence message he personally signed conveyed his condolences, praying for eternal rest for Mrs. Victoria.

He said: “I commiserate with Her Excellency Chief (Dr.) Florence Ajimobi and other members of Amudoaghan family over the passing of their matriarch.”

FG Begins Repairs On Ibadan–Ife, Other Roads In Five States