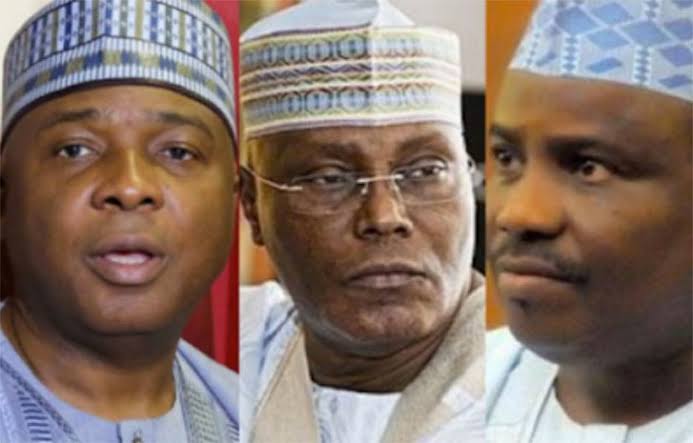 FRESH facts emerged yesterday that intrigues and horse-trading accounted for the Peoples Democratic Party’s delay in arriving at a zoning formula for its National Convention.

The Nation investigation revealed that permutations over the 2023 elections have overwhelmed the party’s ongoing consideration of zoning of offices.

It was gathered that some serial presidential aspirants from the North, including ex-Vice President Atiku Abubakar, ex-President of the Senate, Dr. Bukola Saraki, Governor Aminu Waziri Tambuwal and ex-Governor Sule Lamido are pushing for the retention of the 2017 formula which will see the South occupying the National Chairman’s seat.

There were also indications yesterday that the Southwest zone is being considered for the chairmanship of the party with a former governor from the zone who has long indicated interest in the race being favoured among other contestants.

A session of the Zoning Committee of the party, headed by Governor Ifeanyi Ugwuanyi, in Enugu on Thursday was inconclusive.

Some PDP leaders from the North met on Tuesday and agreed on a zoning formula that would lead to the retention of the 2017 power sharing format.

But the proposals from the affected Northern leaders have led to intrigues and divergent opinions among PDP governors and party bigwigs.

It was gathered that while some party leaders are demanding that all offices be thrown open without recourse to zoning, some foundation members, some governors from the North and the South, including Nyesom Wike, are insisting on strict adherence to the rotation of party offices in anticipation of power shift to the South in 2023.

Some party leaders, especially members of the National Executive Committee (NEC) and the Board of Trustees (BOT) of the PDP, are however worried that there are no presidential aspirants from the Southwest, the Southeast and the South-south with enough clout to win the presidential poll in 2023.

The governors and party leaders in question claimed that it has been difficult to get a presidential aspirant who can attract mass followership from the North and the South like the late Chief M.K.O Abiola and ex-President Olusegun Obasanjo ahead of the 2023 election.

A top source, who spoke in confidence, said: “The truth is that calculations over the chances of PDP in 2023 are delaying the zoning of party offices. There are many intrigues on zoning because the shape of the party offices will define the presidential slot of the party.

“Forget the assuaging comments of the Chairman of the Zoning Committee, Governor Ifeanyi Ugwuanyi, that his panel has no mandate to decide on zoning of President and Vice President tickets. Zoning of party offices determines the presidential and vice presidential slots.

“So, for those interested in contesting the presidential ticket of the party in 2023, the zoning of offices is crucial to their ambition. But they are engaging in what I may call proxy war or lobbying.

“Once the National Chairman emerges from North or South, the presidential candidate of the party will alternate accordingly. So, the zoning formula can make or mar the ambition of any presidential aspirant.”

The source said there were suspicions that some of the Northern PDP leaders who met on Tuesday night in Abuja were working for Atiku, Saraki, Tambuwal, Lamido and other Northern presidential aspirants, who he said made a strong case for the party’s retention of its 2017 zoning formula.

He added: “Although all the aspirants have kept quiet on the zoning formula, all their strategists and loyalists are neck-deep in zoning politics. The roll call at the session was instructive.

“The game is so overwhelming that the Zoning Committee is managing it with care to avoid anything that could erode the unity of the party.”

Responding to a question, the source said: “The Northern PDP leaders were of the opinion that there are no strong presidential aspirants in the South that could earn a broad-based North-South support for PDP to defeat the ruling All Progressives Congress (APC) in 2023.

“The permutation is that the APC ought to be beaten to its 12 million votes in the North.”

War over 2017 formula as Southeast, South-South go for VP

Investigation also revealed that some Southern PDP leaders have been tinkering with Option B in case the party’s chairmanship slot is retained in the South as was the case in 2017.

Findings revealed that PDP leaders from the South-South are already plotting to secure the position of the vice presidential candidate of the party against the Southeast which got same in 2019.

A party source said: “We are caught in zoning politics in such a manner that if it is not well managed, it can consume the party or undermine its electoral fortunes.

“While some party leaders have been adamant on the 2017 zoning formula, the South-South is now trying to displace the Southeast for the vice president ticket. It means the South-South PDP leaders are plotting to alter the 2019 power equation. This is unhealthy for PDP.

Speaking with our correspondent, a former governor, who was in Enugu at the last session, said: “We have a big challenge on our hands. We need to be large-hearted when we reconvene on Thursday to finalise our decision on zoning. We must give and take in the overall interest of PDP in 2023.

“I hope the ongoing consultations and negotiations will lead to a consensus which can help PDP to dislodge APC from power.”

Indications emerged yesterday that PDP leaders and key stakeholders may settle for a consensus candidate for the position of National Chairman ahead of the party’s national convention billed to hold on October 30.

Inside sources confided in our correspondent yesterday that the Southwest zone was being considered for the chairmanship, with a former governor from the zone who has long indicated interest in the race favoured among other contestants.

One of the sources, who spoke with our correspondent on condition of anonymity because he was not authorised to speak on the matter, said the decision was taken at a stakeholders’ meeting in Abuja on Thursday night.

Responding to a question, the source said: “Yes, it is true that a former governor from the Southwest is being considered as a consensus candidate for the chairmanship because of his maturity and past experience in party administration at the national level.

“After wide consultations, we ruled out any state where the PDP currently has a sitting governor, to avoid the type of leadership crisis that the party is presently passing through.

“We don’t want a situation where a sitting chairman would be beholden to a sitting governor of his home state, like the case we have in hand and which we have been battling to resolve in the past few weeks.

“However, the decision to present a consensus candidate is not final yet and we have not foreclosed the possibility of having other aspirants joining the race, because we can’t stop other qualified members from contesting.”

So far, three aspirants from the Southwest are believed to have indicated interest in the chairmanship position. They include a former governor of Osun State, Prince Olagunsoye Oyinlola; immediate past governor of Ekiti State, Mr Ayo Fayose and the PDP candidate in the 2020 Ondo State governorship election, Mr Eyitayo Jegede, SAN.

But Jegede was on Thursday appointed the Deputy Chairman of the Constitution Review Committee, a sub-committee of the National Convention Organising Committee chaired by the Adamawa State Governor, Ahmadu Fintiri.

By implication, his role as member of a sub-committee of a parent committee charged with the responsibility of organising the convention may constitute a clash of interest should he decide to contest for the position of party chairman in the same convention.

Stating some of the factors for which the said former governor is being considered for the chairmanship, another party source said his neutrality in the various leadership crises at both the national and Southwest zonal levels has been a huge advantage.

“Recall that the person in view was deeply involved in the various reconciliatory efforts during the leadership crisis that rocked the Southwest PDP shortly before the recent zonal congress in that zone.

“He is also being considered based on the fact that he has never been associated with any of the factions in the protracted leadership crisis at the national level that led to the suspension of Prince Uche Secondus as National Chairman.

“With our experience in the recent past, leaders and elders of our great party have resolved that the next national chairman will not emerge from a state where the PDP has a sitting governor, to avoid a repeat of the problems that brought the party to the present crisis situation.

“We all know how Secondus, who is from Rivers State, emerged as national chairman in 2017 and the role his home governor played in ensuring his emergence, despite the fact that it was the Southwest that was being considered for the position at the time.

“It became a case of ‘he who pays the piper dictates the tune’, but along the line, the ‘falcon decided to ignore the falconer’ and the party ended up in what we now see as a no-win situation,” the source added.

Following fruitless efforts to resolve the lingering leadership crisis triggered by the animosity between Secondus and the Rivers State governor, Nyesom Wike, stakeholders in the party have resolved to treat the matter as a crisis in the local chapter of Rivers PDP.

Recall that Secondus was first suspended by his Ward chapter, followed by another suspension order from his local government chapter. The suspension order was upheld by a High Court in Port Harcourt and the embattled chairman is currently battling to upturn the order at the Court of Appeal.