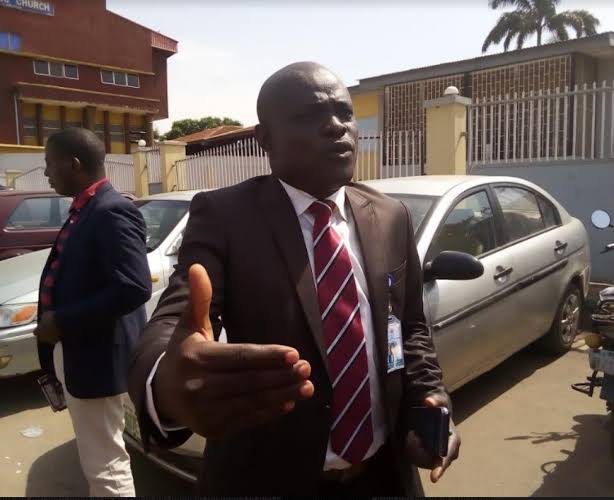 The Oyo State Resident Electoral Commissioner, Barrister Mutiu Agboke has called on Nigerians who want the Independent National Electoral Commission(INEC) to take-over the conduct of local government elections in the Country to have a rethink saying the electoral body is not interested in such.

A cross section of Nigerians have argued that confidence can only be restored in local government elections in Nigeria if the Independent National Electoral Commission, INEC supervise the exercise but fielding questions from Aanuoluwapo Omorinde on BOTTOM LINE – a political programme on IBR 92.5fm Ibadan at the Weekend, Agboke dismissed the insinuation that State electoral commissions only do the biddings of the Governors.

His words “INEC is not ready to take-over the responsibilities of State Electoral Commissions except there is a law to that effect. Just like INEC, these SIECs are independent so, they are really not different from INEC.

“I am a product of a State Independent Electoral Commission and I can tell you that it is the attitude of political parties to local government elections that make the result to be what it is usually. Many of these political parties have this loser mentality. Even before the local government election, they concede defeat most times and it should not be so.

“Also, these political parties are lazy. Tell me how many of them campaign for local government elections seriously. Tell me how many of their posters you saw in the last one here in Oyo State. Are the people also ready to participate in the process? How many people vote in local government elections in Nigeria and yet, everybody blame the State Independent Electoral Commissions.”

Speaking further, he said “Nigerians want us to supervise local government elections but the governorship, State and national assembly and other elections that we are conducting presently, do they appreciate us at INEC and yet, they want us to add to our burden.

He insisted that all that is needed to restore confidence in local government elections in the Country is attitudinal change on the part of all Stakeholders.

On his visit to Governor Seyi Makinde in his Office recently, the Oyo REC disclosed that it was to discuss the need for the government to support the Commission in public enlightenment about the Continuous Voters Registration exercise and nothing more.

He however expressed regret that some mischievous people are peddling rumours about it.

“My meeting with Governor Seyi Makinde was not behind closed doors. I have challenged everyone to monitor what we do because there is nothing hidden about our activities.

”My visit was to solicit the government’s support for the Voter registration exercise. I have been going out to meet Stakeholders in this regard so, there is no big deal about my visit to the governor,” he said.

When asked why he was not transferred when there was a reshuffle in the South West, Agboke refered the Anchor to Professor Mahmood Yakubu, the INEC Chairman saying he is the only one who can answer the question.

“I was surprised to hear the rumour that not only was I transferred but that I have been sacked. These rumour mongers don’t know what they are saying. If I don’t commit any crime or infractions, I can’t be sacked. And if I am sacked, I will go to court because my appointment is a statutory one and it is time bound, that is, it has a time frame”.

Giving a breakdown of the Continuous Voters Registration exercise in Oyo State, he said 70,000 people have registered but that majority of them are yet to complete the process.

Ladoja Supports Tinubu for Presidency, Says He Can Balance Interests In The Nation