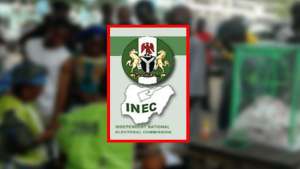 Your Allegation Against Us A Fallacy, We Don’t Know You – Oyo INEC REC Carpets Factional PDP Group, Threatens Legal Action

The Oyo State Independent National Electoral Commission (INEC) Resident Electoral Commissioner (REC), Mutiu Agboke has described as fallacy and falsehood, reports credited to a group perceived to be a factional group within the Peoples Democratic Party (PDP) in the state alleging that he (Agboke) was hobnobbing with Governor Seyi Makinde to frustrate Saturday’s Congress of the party in the state.

The coordinator of the factional group, Adewale Kolawole made the allegation while speaking with journalists on the complicity of the Independent National Electoral Commission (INEC) during the ongoing PDP ward congress.

He said: “We wrote a letter to the INEC on the Congress and it was acknowledged but to our surprise, Agboke ordered all his staff not to sign our results from all the wards across the state.

“We wrote the letter 22nd September, 2021 to Resident Electoral Commission, Oyo State and signed by Acting Secretary (PDP) in the state, Biodun Oyesola notifying the INEC on the Congress.

‘The venues for the 351 wards and the 33 Local Governments are hereby attached. While the venue for the state congress will be communicated later.

‘We shall appreciate the presence of your men at these congresses to ensure a smooth and peaceful conduct.’

“But to our surprise, when we got to INEC office across the 33 local government in the state, the door were locked, we got to know also that Agboke has ordered all the electoral officer to close all the INEC offices by 1:00pm and move to Government House to sign the results of other faction.

“Investigation revealed that Barrister Agboke was seen at the Government House today Saturday around 2:00am in a meeting with the governor. And we got to know that Agboke was given N10million by the governor to frustrate our Congress of today.

“And the outcome of the midnight meeting and the N10million is what was playing out presently. We want to call on the National Chairman of the INEC to investigate all these allegations against Agboke.

“Agboke lacks the integrity to oversee and conduct free and fair election in the state. We are appealing to the INEC chairman without wasting more time to move him out of Oyo State before he set the state on fire.

“All other government agencies like Police, Department of State Services (DSS) cooperate and perform the responsibility dutifully but the INEC refused to do their statutory responsibility.

“INEC should be neutral umpire but in this case of Agboke is taking side with faction of the PDP led by Seyi Makinde because of N10million gratification.”

In what could be described as a swift reaction to the allegation via a telephone conversation with the press in Ibadan, Agboke said the allegations of the ‘PDP group’ is a fallacy, adding that the Independent National Electoral Commission (INEC) does not know the factional group.

“INEC does not know factions, it only knows the party. There is an existing Exco of the PDP that we have been relating with.

“I have read on social media that I am hobnobbing with the state governor Engr. Seyi Makinde and that I received N10 million and that they saw me 2am at the Government House, all these are fallacy,” Agboke said.

Agboke also described as falsehood part of the purported report that he directed his staff to close from work by 1pm in order not to sign the congress report of the PDP group.

“That report is not correct, if you go to our office as at the time of the exercise, you will see our staff still working,” he added.

According to Agboke, there was no way he could deploy his men to an unrecognised venue in the face of the law to carry out the exercise.

“If there is a ward at Bashorun and some people went and put up another one at Akobo, and they expect me to deploy my men to people I don’t know, such will not work that way.

“Nobody can harass or intimidate me for doing the right thing on earth, I am not bothered, it is some of the hazard of the job,” the REC said.

He vowed to take legal action on the person who is responsible for the report.