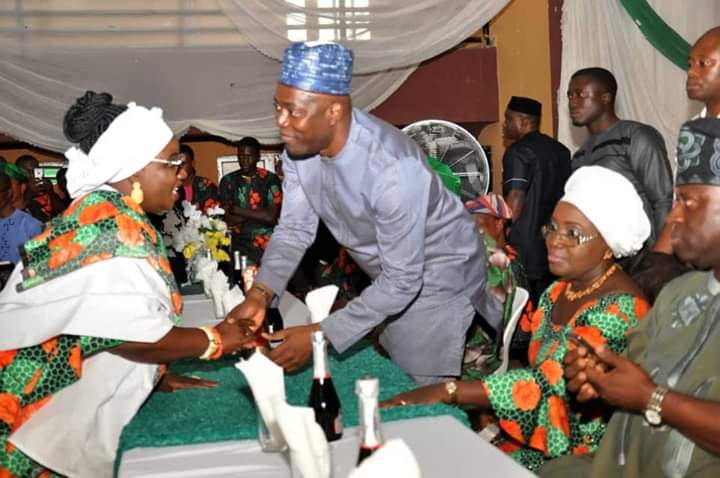 Hopes of ending the lingering internal conflicts in the Oyo State Chapter of the Peoples Democratic Party, seem to be in sight as Governor Seyi Makinde has been reported of having left the State, Sunday morning for a reconciliation meeting with aggrieved members of the Party in Abuja.

Speaking to our correspondent, one of the notable names in PDP in Oyo State who pleaded anonymity said that the meeting is aimed at harmonizing the different views of the aggrieved party members and that of the Governor as this is the wish of the majority of the party members in the State to aid the party in moving forward in the State.

He also intimated to Oyoaffairs that, during the meeting, party executive positions in the different wards in the State are expected to be shared to the different zones in the State as this will help quell the current crisis in the State chapter of PDP and will return the aggrieved members who had previously distanced themselves from the government of Governor Makinde to the fold.

Also, another Party leader who is on the side of Governor Seyi Makinde, confirmed that the meeting has already been scheduled and she revealed that Governor Makinde being a good man, will give room for some necessary compromise so that peace can return to the Party after nearly two years of internal crisis.

It has also been revealed that, shortly after the Peoples Democratic Party’s congress which was held in the 351 wards of the State on Saturday, Governor Makinde had a telephone conversation with one of the aggrieved members in the party, Hon. Mulikat Akande and they set a ‘meet’ to discuss and thrash out the issues they have before the PDP National Working Committee will confirm the ward congress list and afterward announce the names of ward executives in the Oyo State chapter of the Party.

The Governor is expected to have a round-table discussion with a three-term and current serving House of Representatives member, Hon. Ajibola Muraina, a former House of Reps Leader, Hon. Mulikat Akande as well as national leaders of the PDP to fashion out ways of meeting the various demands and concerns of the aggrieved members and chart a way forward for the party in the Old Western Region Capital.

61 Years After Independence, Nigerians Poorer Now Than Ever