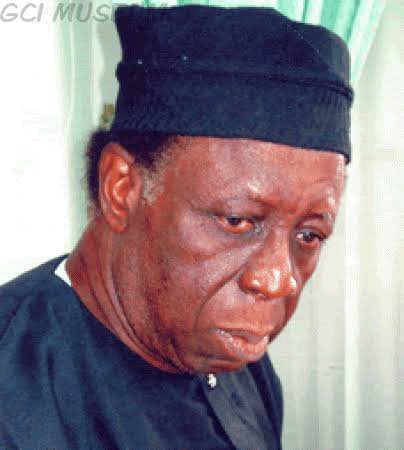 The 86 year old octogenarian has lost his son, Akintayo Olumide.

He died on the evening of Tuesday September 28 in Ibadan where he lived.

Details of his death is still sketchy.

Until his death, Akintayo who was the only son of the former governor, was a quadriplegic, paralyzed waist down since 1978. He also lost the use of his left hand.

According to his controversial sister, Kemi Olunloyo, Akintayo suffered severe brain injury during the #AliMustGo riots of 1978 where Nigerian University students protesting increased tuition attacked government vehicles as Akintayo and his family in a government drove straight into the riot with no prior warning.

Rioters pelted their car with rocks and set the car’s petrol tank on fire.

Akintayo was badly injured. His life was however saved by a team of brain surgeon made up of the late Dr Kwaku Adadevoh and late Dr Ojikutu. But he remained confined to a wheel chair.

Man Kill Mother For Refusing To Give Him Food In Ibadan