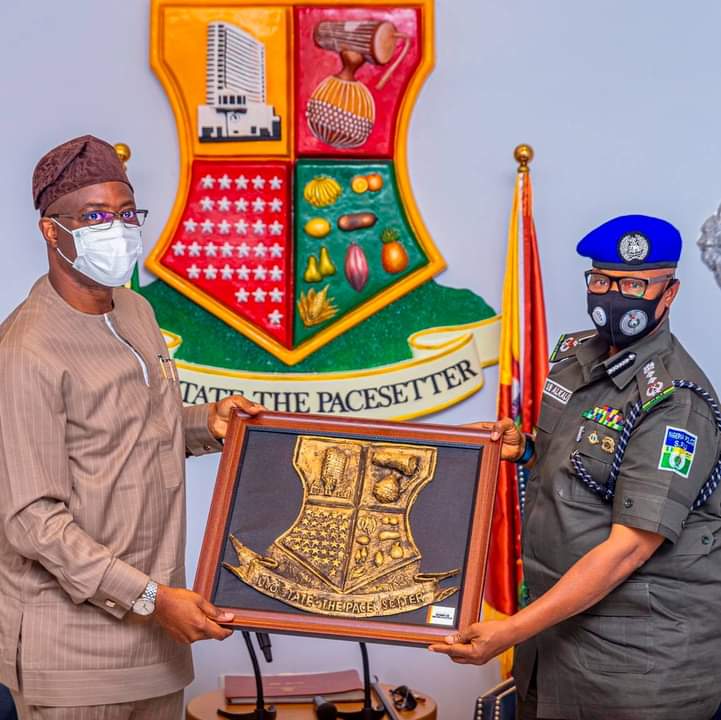 The Inspector General of police, Usman Alkali Baba has disclosed that machineries have been put in place to commence the recruitment of about 20,000 junior police officers into the Nigeria police force.

The Inspector General who made this known when he paid a courtesy visit to Oyo state Governor Seyi Makinde in his office, stressed that the recruitment exercise would not only expand the capacity of the force in combating crime but embolden its community policing strategy.

Usman Alkali Baba explained that since the adoption of a community policing strategy, the strategy has evolved and would keep getting better as crime prevention and control requires collaborative effort especially from the people, adding that the recruitment exercise would cut across all local government areas in the country as trained junior officers would be posted to their communities to complement the community policing strategy

The Inspector General who hinted that his visit was a duty tour across the country to interact with his men and boost their morale, equally appealed for continuous support and assistance from the Oyo state government.

Governor Seyi Makinde in his response affirmed that the Oyo state police command has been cooperative and cordial with other security agencies, as inter agency rivalry has significantly reduced in the state, while appealing to the Inspector General to reconsider the situating of a mobile police squadron in Oyo town.

The Governor pledged to always render necessary assistance and support to the police command and other security agencies in ensuring a safe and secured Oyo state. In attendance were the Secretary to the State Government, Olubamiwo Adeosun, The Chief of Staff to the Governor, Otunba Segun Ogunwuyi and Special Adviser on Security Matter, Fatal Owoseni.