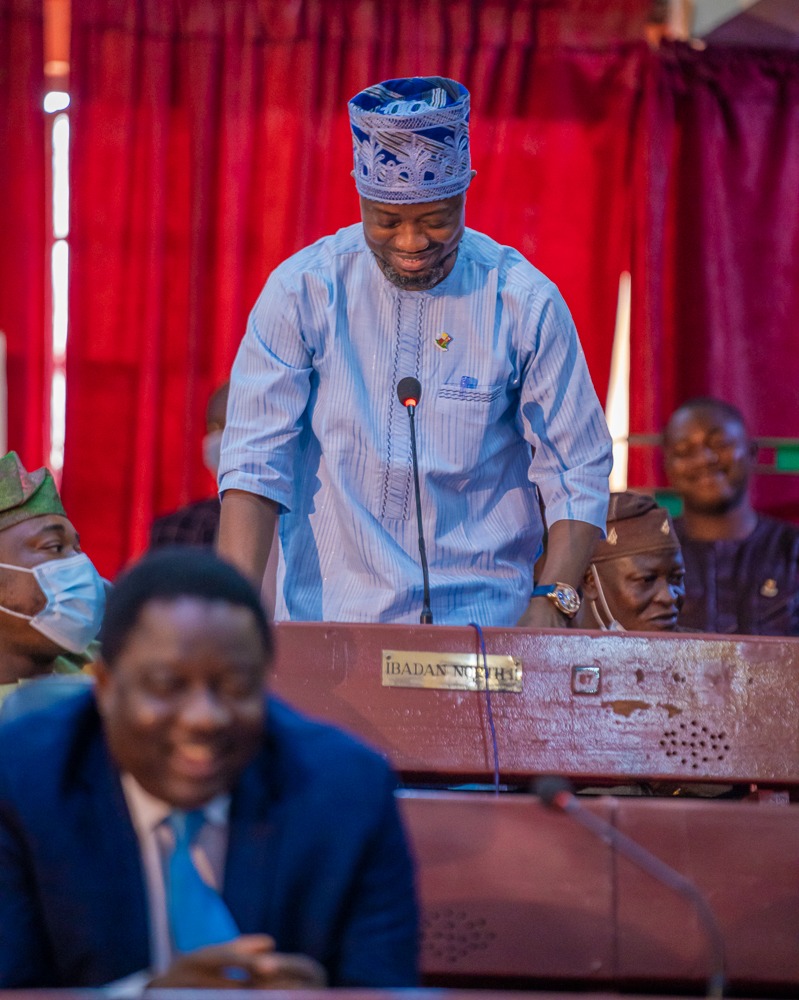 Hon. Adebayo Babajide praised the Executive Governor of Oyo State Engr. Seyi Makinde on proposition of 2022 Budget which was tagged “growth and opportunity” the budget was proposed for N294,516,445,107.00 billion.

Hon. Babajide urged the Governor Seyi Makinde for a haste in the on-going remodelling of Agbowo Shopping Complex which started some months ago.

Also, He spoke on security, where he encouraged the Governor to recruit more security personnels to the Amotekun corps to further strengthen the security of Oyo State. He stressed on the recruitment of Tescom Non- teaching staffs.