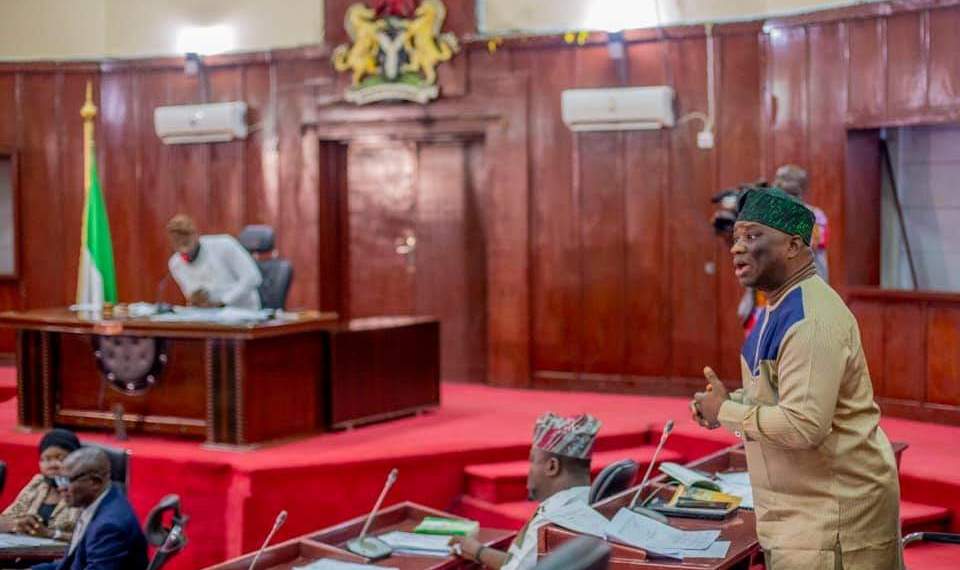 The Oyo State House of Assembly has confirmed Justice Moshood Abass of the state’s High Court as the new President of the Customary Court of Appeal.

The confirmation was followed a letter forwarded by the state’s governor, Engr. Seyi Makinde and read by the Speaker, Hon. Adebo Ogundoyin during the plenary on Wednesday.

Justice Moshood Abass will replace Justice Aderonke Aderemi who is retiring from the active service.

The nomination of Justice Moshood Abass was sequel to his recommendation to the National Judicial Council, NJC by the Oyo State Judicial Service Commission according to the governor.

The letter reads, “consequent upon the request, the National Judicial Council has recommended Hon. Justice Moshood Akintunde Akinfemi Abass as the new President of Oyo State Customary Court of Appeal. It is in view of this, that I am requesting the Speaker and other lawmakers to kindly deliberate and confirm his appointment as requested.”

At the plenary on Thursday, the citation of Justice Moshood Abass was read by the lawmaker representing Ibadan South West state constituency one, Hon. Yusuf Adebisi, while Hon. Gabriel Adebayo and the Deputy Speaker, Hon. Mohammed Fadeyi, moved and seconded the motion to confirm the learned judge.

shortly after his confirmation, Justice Abass thanked the Governor, Engr. Seyi Makinde, Speaker, Hon. Adebo Ogundoyin and the entire lawmakers for the the opportunity.

He assured to give his best in the discharge of his duties when eventually sworn-in.

Justice Abass, who was born over 60 years ago, appointed as a judge of the state High Court in 2001 after he was called to the Nigerian Bar in 1983.

He has attended several workshops and seminars within and outside the country. He is a Fellow, Institute of Chattered Mediators and Conciliators.

We Will Continue To Prioritize Health Sector – Oyo Govt.

My Grandmother Used To Check My Virginity – Angel