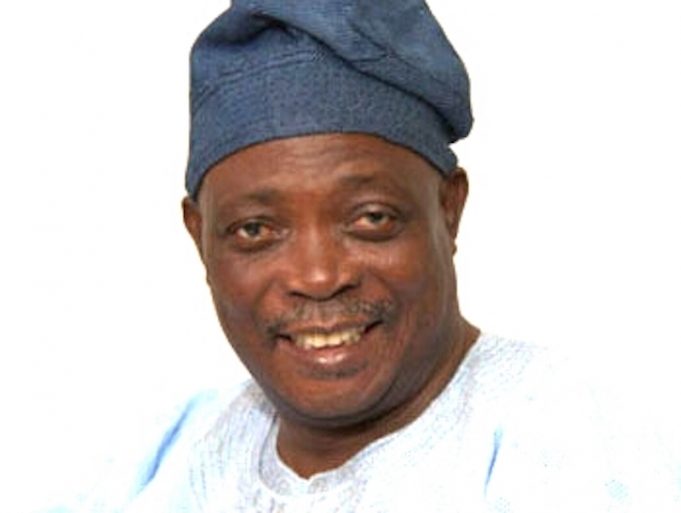 Why I Don’t Have N1b In My Account, Private Jet… — Ladoja

Rashidi Ladoja, former governor of Oyo State, has revealed why he is not flamboyant. He does not have up to a billion naira in his account but has investment worth billions.

The Osi Olubadan, who made this known in an interview with Nigerian Tribune over the weekend when asked why, despite being a multi-billionaire, his lifestyle does not show him as one, explained that

Your lifestyle does portray your worth. You don’t have a private jet to fly you around and enjoy life. You go about in Ankara…

What do you mean? Is my Ankara not clean? What do they expect of a billionaire? As a reasonable person, can you eat more than your stomach can take? Maybe because I have seen it all. If I want to eat amala, I eat it. That is not the way I look at life. My worldview is that it is the responsibility of the elite to bring up the people behind us. If there had been no free education and scholarship, maybe I would not have been educated. Also, the national atmosphere affects your investment. What is the essence of going in a private jet when 80 per cent of Nigerians are not able to feed themselves? There are so many things around that can lead to unrest. When the salary of man is not enough to buy a bag of rice at N30, 000, how do you expect him to live? He will come and waylay you, if you are not careful. So, you will be spending more money on security than you should be spending.

Why do I have to spend my money buying diamond ring or gold? What does Bill Gate wear apart from blue jeans and shirt? The people I related with when I was growing up influenced my life style. I have seen poverty. When I was in school, my mother used to give me her cloths to take and pawn with the pawnbrokers who second hand clothes and it was such money I used to pay my school fees. I dropped out of school for one year in 1961 because my father could not afford to pay my school fees. How much was it then? Was it not 15 pounds? I was in Form 4 then.

My father taught me that there would always be room for excellence. I went for the entrance examination of Ibadan Boys High School and I came back told my father that many people brought their children in big cars. My parents had no cars. That was in 1957. I told him those big men would have influenced the principal. My father said ‘don’t worry; there will always be room for excellence.’ And it paid out. When I took the entrance to Olivet Height, I could not pay the acceptance fee on time. When I got there, the principal (of blessed memory), said registration was late and had been closed. He asked for my name. I said Rashidi Ladoja. He exclaimed, ‘where have you been?’ I said I was looking for money. He asked me to go and meet the vice principal, Mr Onakoya, who was taking Mathematics. They called me in after their meeting and said, ‘how can we deny somebody who came first in the entrance examination a space? They normally would take 25 pupils in a class, but they had to make an extra space for me to be the 26th person in the class.

Whether you cloth is N1m per yard of N10, the most important thing is that you are covering your body. If you have money, you can exhibit it and I don’t begrudge those who do so. They can do whatever they like with their money. I know someone who said because he suffered to get educated and make his money, he would never fly in any class lover than First Class. But I fly Economy class and people ask me why. I ask them what is wrong about it? We will get to our destination at the same time, though they may get out of the plane before me. The plane will be evacuated in less than 15 minutes. I always look at it from this angle: if I give my mother the difference between First Class ticket and Economy, the money will travel. My mother would pray for me and she would distribute it to her family and say this is the money from your son and they will also pray for me. I make them happy. The only thing I will from British Airways is ‘thank you for flying with us.’

Are there things you are still aspiring to achieve?

Personally, from the beginning, I wanted to be an engineer. Today, I am an engineer. I got employment with Total Nigeria, four months before I graduated from University of Liege in Belgium. So, it was my choice to come back to Nigeria to take up my employment upon graduation. This is different from what obtains in the country today. I did not know anybody at Total to influence my getting the job. It was based on the fact that I had what they wanted and they took me.

Since that time, God has been very kind to me. I stayed in employment for 13 years and later resigned to venture into the world and God has been very kind to me. At that time, opportunities were there and they are still there. My prayer has always been that God should give me the grace to identify opportunities and utilise them when they are passing by. I still say such prayer till today.

Opportunities will continue to pass; we need the grace of God to be able to identify and hold them. If they say the need an engineer and you are not an engineer, you can’t take it even though you see the opportunity. That is what I mean by the grace to hold it. When you look at the business world, I was a name. I was a trailblazer. I was dragged into politics in 1991/1992. Not that I did not know what politics was as my father was a politician. He was a councilor who represented one local government.

The whole of Ibadanland, where we have 11 local governments now, was just one local government at that time. He was a disciple of Adegoke Adelabu. I also grew up with my uncle, Alhaji S. Are who defeated Mojeed Agbaje in the 1959 House of Representatives election. So, I can say I came from a political background. My grandfather was even said to be one of the Ajeles who was voted for by the people. So, being in politics is not strange to me.

I am grateful to God that when I was dragged into it, I also made success of it. Politics is one vocation that is very risky. From the time I joined politics, I was a member of the Senate. I won an election then. I was forced to go into exile because of my belief. There were so many times I escaped being lynched. And when you are in government, you don’t know who your real friends and your real enemies are. Your friend today becomes your enemy tomorrow and your enemy becomes your friend. In fact, if you do not go into politics, you will not know what human beings are.

The person that is singing your praise today may become your enemy. Of course, it is in the Bible, hosanna today, crucify him tomorrow. It is very risky to be in politics in Nigeria. I don’t know whether it is the same in other places. But the experience I have in Nigeria is that being in politics is a very risky job.

OLOJEDE VICTOR: The Best That Has Ever Happened To Oyo Students