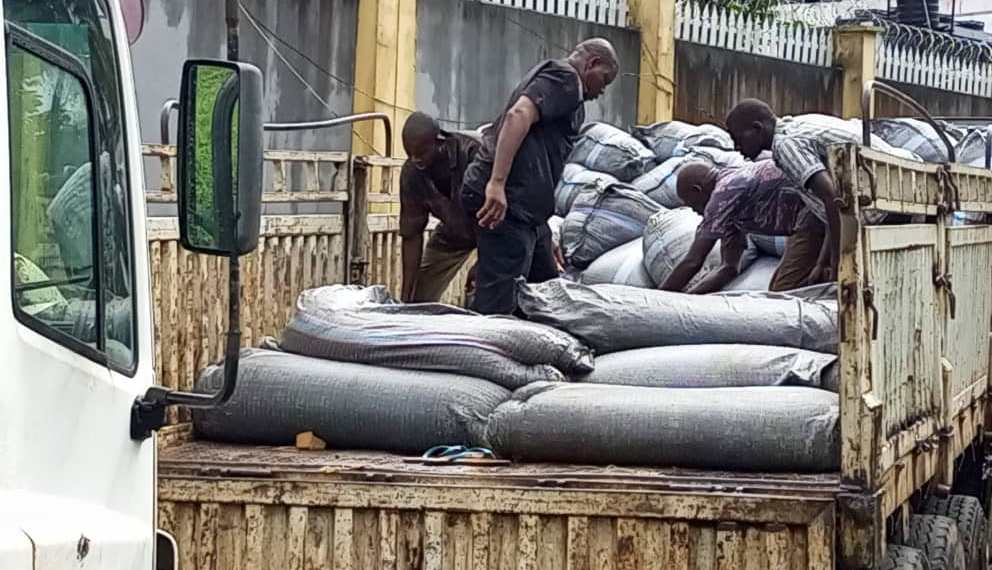 A truck loaded with 100 nylon sacks which were filled with Premium Motor Spirit (PMS), popularly known as petrol, worth 10,000 litres in quantity, was on Thursday intercepted and seized by the Oyo/Osun Area Command of the Nigeria Customs Service.

Some suspects engaged in oil bunkering were also arrested, it was learnt.

Briefing journalists at the area command headquarters at Ikolaba area, Agodi GRA, Ibadan, Oyo State, the Area Controller, Abdukadir Adamu, said that at about 7:30 am, Customs operatives on operational patrol at Alomaja area stumbled on a set of people engaged in oil bunkering and operating with generating sets and hoses.

The Comptroller stated further that they were met working with the hoses and siphoning petrol into nylon sacks, while some had already been tied in sacks.

He disclosed the mode of operation of the suspects, saying that what they would do was leaving the scene of the operation with the carefully loaded petrol and offloading it into another tanker that would have been parked somewhere, with the aim of diverting the content to their desired destinations.

According to him, “my officers swung into action, got the economic saboteurs arrested and proceeded straight to the command headquarters to report the case.”

Stating that no one could make the country better than to rewrite her history positively, Adamu said that “the Oyo/Osun Customs officers are here to make the management and my Comptroller General of Customs (CGC) proud. We are showing that we are on top of the situation, that our CGC can go home and sleep with his two eyes closed.”

Commending the efforts of the command officers for the feat, the Comptroller said that he was ready to back them to any level as long as they would be doing their legitimate duties and making the Controller General of Customs and the entire management proud.