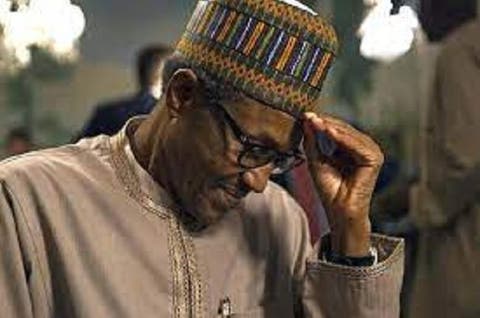 Socio-Economic Rights and Accountability Project (SERAP) has urged President Muhammadu Buhari to “urgently withdraw the impermissible conditions imposed on Twitter pending the final determination of the suit at the ECOWAS Court of Justice in Abuja challenging the legality of the suspension of Twitter, to allow the court to render a decision on the central issues in the case, and protect the plaintiffs’ rights and interests.”

Buhari had stated in his address to mark Nigeria’s 61th independence anniversary, that the Federal Government would only lift the suspension of Twitter in Nigeria if certain conditions, including concerns around national security, are met. The address also seems to suggest that even when the suspension is lifted, Nigerians will only be allowed to use Twitter “for business and positive engagements.”

In an open letter dated 2 October 2021 and signed by SERAP deputy director Kolawole Oluwadare, the organization said: “The conditions imposed on Twitter while the ECOWAS case is pending constitute an interference with the right of SERAP and other plaintiffs to fairly and effectively pursue a judicial challenge to the decision by your government to suspend Twitter in Nigeria.

SERAP said: “The conditions make a mockery of the case pending before the ECOWAS court, and create a risk that the course of justice will be seriously impeded or prejudiced in this case. Protecting the right to a judicial recourse and due administration of justice is of utmost importance, being the cornerstone of an ordered society.”

According to SERAP: “Imposing impermissible conditions on Twitter would undermine the rights and interests of the Plaintiffs in the ECOWAS Court case filed against your government, as the conditions directly touch on the central issues of freedom of expression and access to information, which the court is set to determine and rule upon.”

The letter, read in part: “Pushing conditions on Twitter while the ECOWAS case is pending would prejudice the interests of the Plaintiffs, undermine the ability of ECOWAS court to do justice in the case, damage public confidence in the court, and prejudice the outcome of the case.

“It is in the public interest to keep the streams of justice clear and pure, and to maintain the authority of the ECOWAS court in the case. If not immediately withdrawn, the conditions would seriously undermine Nigeria’s international human rights obligations including under ECOWAS treaties and protocols, and have serious consequences for the public interest.”

“Given that the only way in which SERAP and other plaintiffs can have a fair and effective access to justice is to allow the court to decide on the merits of the case before it, fairness and justice must, on the facts of the ECOWAS case, outweigh any stated national security conditions.”

“Your government should allow the ECOWAS Court to decide these issues, especially as the Federal Government has made the arguments on national security before the court.”

“The core of the principle of judicial independence is the complete liberty of the judge to hear and decide the cases before them on the basis of facts and in accordance with the law, without any improper interference, direct or indirect.”

“The Principles provide, inter alia, that it is the duty of all governmental and other institutions to respect and observe the independence of the judiciary (principle 1); that judges shall decide matters before them impartially without any restrictions or interferences, direct or indirect, from any quarter or for any reason (principle 2); and that there shall not be any inappropriate or unwarranted interference with the judicial process (principle 4).”

“SERAP therefore urges you to urgently withdraw the conditions imposed on Twitter, and to allow the ECOWAS court to decide on the suit brought by SERAP and other plaintiffs challenging the legality of the suspension of Twitter in Nigeria. Judgment in the suit is fixed for 20 January, 2022.”