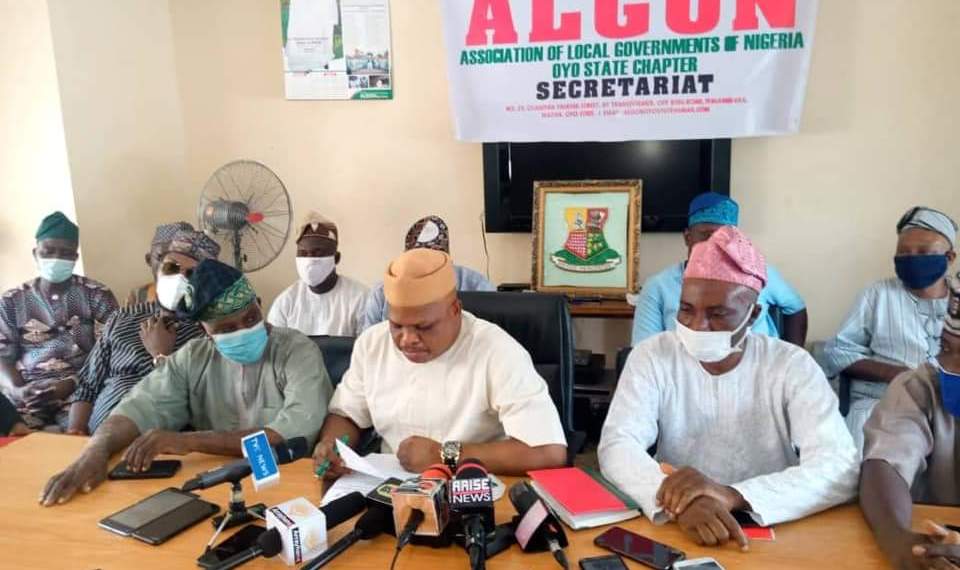 An ex-parte motion filed by the 68 former council chairmen in the state, asking for an order to garnishee the account of the state government over what they described as Governor Seyi Makinde’s refusal to comply with the Supreme Court judgment, mandating the state government to pay all their salaries and entitlements till their last day in office has been struck out on Monday.

According to the Nigerian Tribune, Justice Ademola Adegbola of the Oyo State High Court sitting in Ibadan while ruling on the application of the chairmen struck out the suit on the grounds that the sum of N7, 345, 072,979.69, claimed by the applicants in their reliefs was not stated in the Supreme Court judgment.

The court had held that garnishee proceedings must be certain and imputed, adding that it can’t be left to conjectures.

“Therefore, I will not grant the motion. The reliefs are hereby refused and the ex-parte application is hereby struck out with the preliminary objection of the judgment debtors,” Justice Adegbola held.

It will be recalled that the Supreme Court had in its judgment of May 7, 2021, ordered the Oyo State Government to pay all the salaries and entitlements of the chairmen on or before August 7, 2021.

The chairmen still has two years to spend in office before Makinde removed them on May 29, 2019, few hours after he was sworn in. And the governor had asked the sacked chairmen to go back to the apex court for clarification and interpretation of the judgment, saying his administration needed further clarification regarding who should be paid salaries.

Makinde further noted that the 68 chairmen that went to court were not recognised under the law because the number of councils in Oyo State, according to the constitution, is listed as 33.

When the case was called, counsel to the chairmen, Barrister Abiodun Amole, had said that the N7,345,072,979.69, claimed by the applicants was the sum of their salaries and entitlements the Supreme Court asked the Oyo State Government to pay.

He said the amount was computed by an auditing firm based on the current scale being used, adding that the computation has been sent to the defendants since mid-June. He also added that they didn’t dispute it.

“It is for the judgment debtors to dispute the said amount being claimed. It is after both parties have argued their case that the court can determine the authenticity of the sum. It is settled. There is nothing before your Lordship to counter that sum,” Amole said, urging the court to grant the application since the respondents did not disapprove the computation and also treat the reliefs separately and on their individual merits.

Also, counsels to the defendants, Chief Yomi Alliyu (SAN), who held brief for Otunba Kunle Kalejaye (SAN), and Y.O. Ogunrinde, told the court that both parties have reached an agreement and that the judgment creditors had given the judgment debtors till October 12, to pay 60 per cent of the money.

Alliyu also asked the court for an audience and adjournment to enable parties to conclude their negotiation. He prayed the court to grant them audience to present some facts he claimed the applicants had suppressed.

“If it behoves on your Lordship to promote reconciliation among parties, I hereby applied for an adjournment to enable us to explore the opportunity of the offer they made to us. I also humbly request that you grant us an audience on the application. In essence, we are still negotiating,” Alliyu said.

Ogunrinde had aligned with Alliyu’s submission but Amole opposed both submissions, saying judgment debtors cannot be heard in a garnishee proceeding until the ruling has been made.

Ruling on Alliyu’s submissions, Justice Adegbola said a garnishee procedure stands on its own.

Oyo PDP Crisis: The Gathering Of The Chicks Against The Eagle— Omolere Omoetan