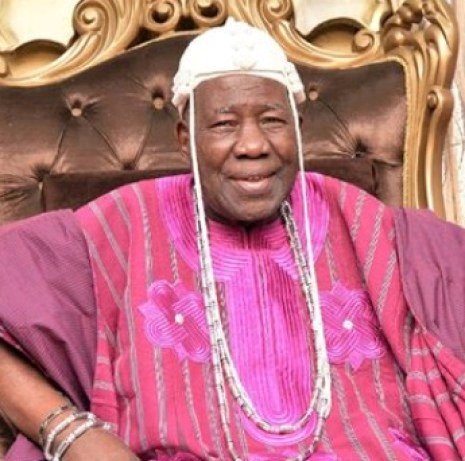 Royal Rumble In Ibadan As Olubadan Remove Bale Over Insubordination

There is currently a royal tug of war going on in Ibadan, the Oyo State capital, leading to the removal of a foremost traditional chief popularly known as Baale by the Olubadan of Ibadanland, His Imperial Majesty, Oba Saliu Akanmu Adetunji, over what was described as insubordination on the part of the Baale.

The man in the eye of the storm, the Baale Lagelu Aboke in Ido Local Government Area of Oyo State, one of the largest communities in the state, Chief Saheed Alatishe, was removed by the foremost traditional ruler after the meeting of the Olubadan-in-Council, on Monday, October 4.

Chief Alatishe, who had been embroiled in one crisis or the other, became Baale in September, 2017.

It was however gathered that the Olubadan-in-Council, which his case was referred to following persistent complaints over his conduct and gross violation of Ibadan Customs and Traditions, recommended his removal to the Olubadan during their meeting at Olubadan’s Palace, Popoyemoja, Ibadan, on Monday.

The council noted that while the removed Baale had been accused of one allegation or the other over the past one year, his continued refusal to defend himself is an act of insubordination against Olubadan and is punishable under Ibadan Customs and Traditions.

He was subsequently removed by the Olubadan shortly after the meeting at the palace on Monday and his removal is with immediate effect.

When I heard the report of his removal, I put a call to the spokesperson of the traditional ruler, Mr Adeola Oloko, on his mobile phone 0810 677 8*** who told me that the traditional chief was removed after the meeting.

According to him, part of the allegations leveled against the removed Baale is that he falsely presented himself for chieftaincy installation as Baale Aboke when he is not a male child of the family.

There is no doubt that the issue of chieftaincy in Ibadan has always been a contentious one as many family heads, popularly known as Mogajis, are always at loggerheads with community heads called Baale, leading in some cases to violent confrontations.

It is also believed that despite his removal, the said Baale will not leave without a fight and the rumble will surely come up in a matter of days.