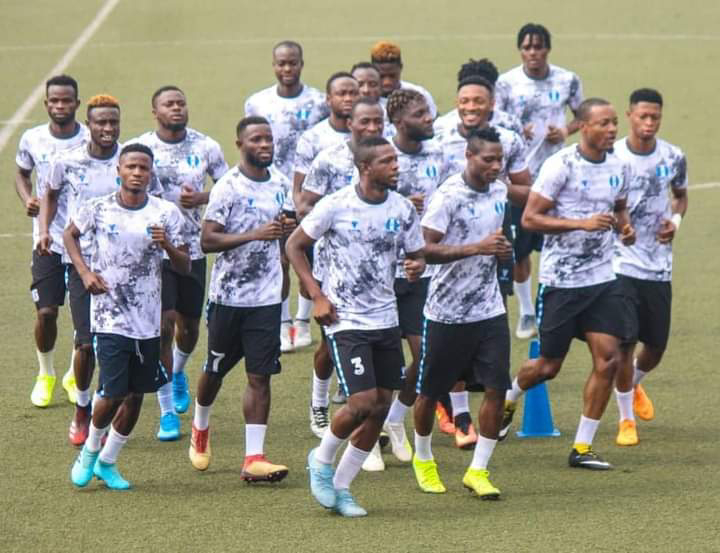 The management of the Shooting Stars Sports Club (3SC) of Ibadan, has denied a story published by a blogger, that the club has sacked one of its players, Adeyemi Abubakar.

In statement released and made available to heritageecho.com, the team media director, Tosin Omojola, said, The blogger had on Tuesday, published a story, claiming that Adeyemi, a son of a chieftain of the Peoples Democratic Party (PDP) in Oyo State, Alhaji Bisi Olopoeniyan, was dropped from the team at the order of the Oyo State Governor, Engineer Seyi Makinde.

However, the 3SC management, swiftly debunked the report, stressing that no player of the club has been sacked, even as the club confirmed that the player in question collected his September salary, alongside other players on Tuesday, the same day the story of his purported sack was published.

“We have not sacked any player contrary to the story by the blogger. Can a player that has been sacked still collect salary from the same organisation?

“When has WhatsApp become the medium to sack a player as the blogger claimed the player in question told him?

“The blogger should publish letters to back his report that we have sacked either the player or others. At least if a player is sacked, there should be a letter to that effect. Where is the letter?.

On the claim that the player’s sack was ordered by governor Makinde, the Oluyole Warriors described such claim as laughable, wondering how a governor, who is too busy, can be involved in the issue of sacking a player from a football team.

“Governor Makinde has always made it clear that he will never mix politics with sports in general, not only football, and he has kept to his words. He does not know any individual player in 3SC, not to talk of ordering the sack of a particular player”.

General Manager of the Ibadan soccer lords, Rasheed Balogun, was not willing to join issues with the rumour monger, stating that he had better matters to attend than such a trivial issue.

“I have more important task to attend to. I see this as a mere distraction, aimed at forcing the club off track.

“You all know that the governor is a busy man and he knows where the problems are coming from. He believe in us and we are also focused on the task ahead of us”, said Balogun.

Preparations Are Underway To Build A Formidable Winning Team—Agoye…