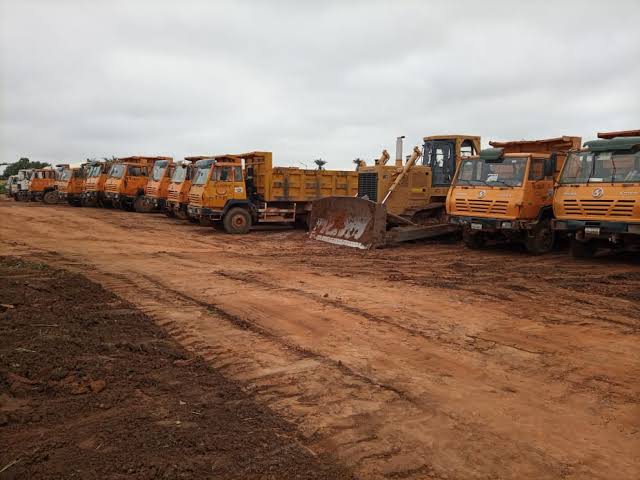 ENL Consortium Limited, ENL, the company handling the 32-kilometer Ibadan circular road has said it is still the one in charge of the project.

The company’s reaction became important following the purported re-award of the project by the Seyi Makinde administration.

CAVEAT: ILLEGAL AND PURPORTED GRANT OF CONCESSION IN RESPECT OF THE IBADAN CIRCULAR ROAD PROJECT

We continue to act as counsel to ENL Consortium Limited (ENL), the lawful and subsisting concessionaire of the 32kilometer East End Wing of the 107-kilometer proposed Ibadan Ring Road (the Ibadan Circular Road), under the terms of a Concession Agreement dated 25 August 2017 with Oyo State Government (OYSG) executed under the administration of former Governor, Late Senator Abiola Ajimobi (the Concession Agreement), pursuant to which, ENL was granted exclusive rights to design, finance, construct, operate and maintain the Ibadan Circular Road for a period of thirty-five (35) years, on a build, operate and transfer basis (the Concession Rights) (the Project).

ENL’s attention was recently drawn to the purported re- award of the concession for the Project to Messers SEL- Vydra Consortium (incorporating Still Earth Capital Finance Limited and Vydra Investment Limited); and the consequent/imminent engagement of Peculiar Ultimate Concerns Limited as the contractor of the Project in spite of the continued validity of ENL’s Concession Rights further to the Concession Agreement. It is pertinent to note, that ENL has expended over NGN3,960,000,000.00 (Three Billion, Nine Hundred and Sixty Million Naira) of its own private capital on the Project, notwithstanding the desperate and politically motivated efforts of the current administration of the OYSG to frustrate the implementation of the Concession Agreement.

For the avoidance of doubt, ENL wishes to state that the purported re-award of the concession to Sel Vydra Consortium is in breach of the Concession Rights.

Any person who engages or continues to engage with OYSG in relation to the Project in disregard of this notice does so at his or her risk, as any right, interest, title, or privileges that may be granted to such person by OYSG in connection with the x Project shall be null and void.

ENL hereby reiterates and reserves all legal rights and remedies it may have now, or in the future, whether under contract, law or otherwise, against any person or group of persons, who induces a breach of the Concession Agreement, or otherwise interferes, whether directly or indirectly, with ENL’s Concession Rights or its interest in the Project, in any manner whatsoever.