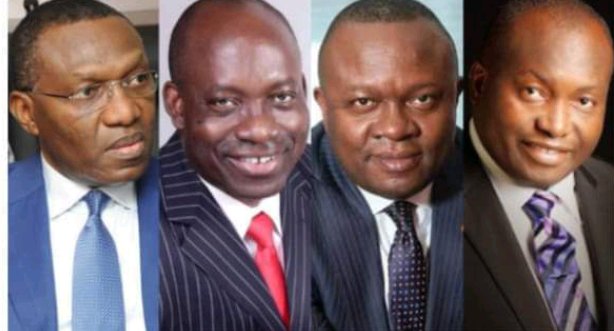 Political skimming is ongoing in Anambra. Politicians are moving from one party to another. About 13 lawmakers including National House of Assembly members have defected from the Peoples Democratic Party (PDP) and the All Progressives Grand Alliance party (APGA) to the All Progressives Congress (APC) in the past few weeks.

Something funny is cooking in Anambra. APGA has lost almost its entire elected members of the House of Assembly and NASS to APC. Just yesterday the Deputy Governor decamped to APC. Daily the APGA structure is collapsing in the State while all their members are steadily porting to APC.

While Andy Uba no matter how objectionable his candidacy might be, is working round the clock poaching assets from APGA and PDP to win the upcoming election his opponents are busy courting. Politics is surely a game of numbers. People of Anambra should not be surprised when Andy Uba clinch the governorship position in November.

Andy Uba has worked his way out to win the election by getting the supports of different political parties in the State. Although, many people have projected Charles Soludo as the most popular candidate in the race, the change of events in the past few weeks might be a bit of political game that will crumble his popularity.

Although, Anambra State is currently under siege by unknown gunmen who have been attacking public and private properties in the State and even prevented political parties from conducting electioneering campaigns. But this can’t stop elections from holding in the State. Some government officials have contemplated that a state of emergency is declared in the State, but there are strong oppositions to the opinion from the President and the Governor of the State. Therefore, it is certain that elections will hold in the State and the people of Anambra should get ready their voters cards to elect the candidates that will perform best for the State.