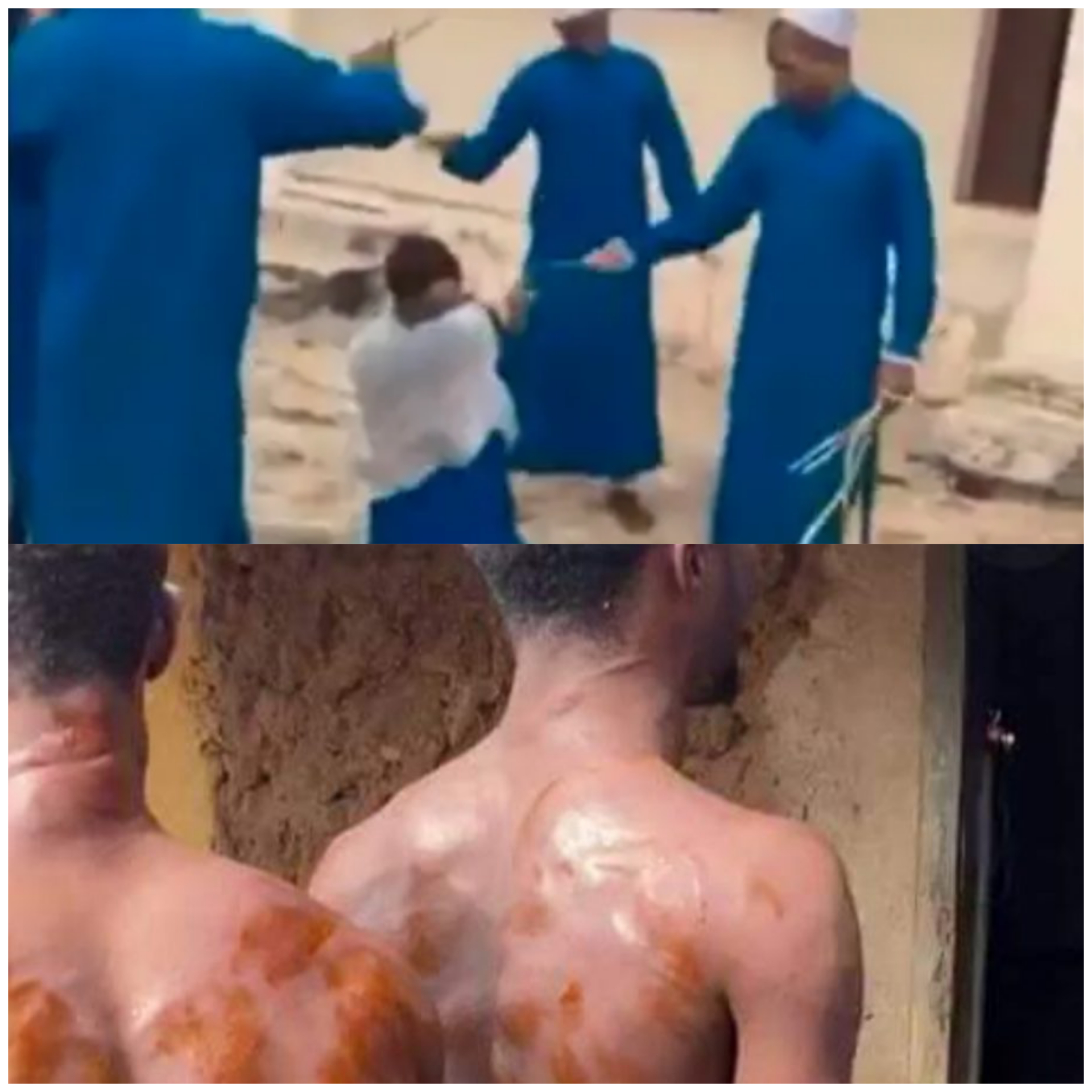 Kwara State government has suspended the head of Musbaudeen Islamiy Arabic school in Ganmo, Ifelodun local government area of the state for flogging five of the students including a female because they allegedly attended a birthday party in a club house.

The government had also set up a panel to investigate the incident while the affected students have been taken to hospital for medical attention.

The Arabic school is meant to strictly teach the students who were brought from far and near in Godly way and shun all forms of worldly affairs.

The video showing where five clerics were seen mercilessly beating the students with long canes had gone viral prompting the government to swing into action.

Vanguard reliably gathered that one of parents had called the school management to complain that the students that were put in their care for Islamic teaching were seen in a club house in Ilorin celebrating a birthday.

The video of the party where the erring students were seen dancing and drinking was reportedly sent to the management.

This development, Vanguard learnt reportedly angered the management to mete out the harsh punishment against the affected students.

The statement reads,”A Kwara State Government’s delegation has visited the Arabic school whose students were seen in a video footage being punished for alleged conducts conceived to be contrary to the rules of the school.

“The team was joined by the Divisional Police Officer Ganmo SP Oko Nkama; and a representative of the NSCDC DSC Parati AbdulHameed.

The statement added that,”The government’s team carefully listened to the authorities of the Arabic school, the father of the sole girl in the video, and four other students involved in the unsavoury development.

“Regardless of the explanations of the authorities on the development, the self-confessed consent of the parents and regret of the affected students, the government seriously frowns at the harsh beating seen in the footage.

“Consequently, the government has directed the setting up of an investigative committee, comprising Muslim scholars, leaders and government officials, to look into the issue while the head of the Arabic school, who admitted to directing the punishment, has been asked to step aside pending the conclusion of the investigation.

“The government has also taken the affected students to a public hospital for proper medical examination and treatment. This is to ensure that none of them suffers any physical or psychological damage.

“The government appeals for calm while the committee does it works and submits a report for further action.

“The government commends the Ganmo Muslim community for the support given to the team.”