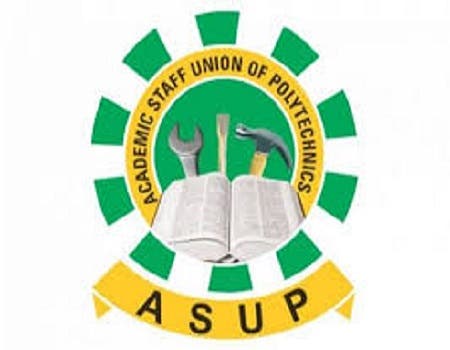 The polytechnic lecturers in the country have resolved to down tools any moment from now should the Federal Government not act fast in releasing the agreed N15 billion as revitalisation funds into the nation’s public polytechnics.

The lecturers said they would not give any warning strike again before going into total and indefinite industrial action should the government continue not to yield to meet its own terms of last agreement reached with the union in April and upon which they suspended their earlier strike that lasted about 65-days.

The union gave this hint in a statement made available on Sunday by its publicity secretary, Mr Abdullahi Yalwa.

According to them, our union’s NEC has frowned on the government’s lethargic approach towards the implementation of some items in the signed Memorandum of Understanding (MoA) despite the three-month suspension corridor granted by the union.

“And of particular interest in the items include the non-release of the approved N15 billion Revitalisation Fund for the sector more than three months after the approval, non-release of Minimum Wage Arrears to staff of Federal Polytechnics and several State-owned Polytechnics, non-commencement of the Renegotiation of the Union’s 2010 agreement despite the reconstitution of Governing Councils, as well as the continued non-payment of salaries in several state-owned institutions.

“So, in view of the unsatisfactory status of the implementation of the union’s MoA signed with the government in April 2021, the Nigerian public should hold the government and its agencies responsible for any other breakdown of industrial harmony in the sector as our union and her members have shown considerable patience and restraint.

“But in the interim, while the union once again demands that the government should without further delay fulfil the agreements, the union has also resolved to deepen its consultation on the next steps as there will be no further warnings if the government fails to do the needful in the immediate.”

In another development, ASUP asked the Federal Government to revisit appointment processes of rectors of three different federal polytechnics, namely Federal Polytechnic Mubi, Offa and Ekowe, saying their appointments did not follow due process as stipulated by existing laws of those polytechnics.

They also asked the Federal Government to ban the governing councils of polytechnics from taking their councils’ meetings and activities to Abuja, the Federal Capital Territory but to compel them to do their meetings within their schools’ premises.

They listed Federal Polytechnics Oko, Offa, Auchi, and Kaura Namoda as examples of those where their governing councils have taken their meetings and activities to FCT.

They said while infractions characterized the process of appointment of principal officers of the first three named polytechnics where they alleged that some unqualified individuals were shortlisted while some who are qualified were excluded from the race, they said the financial implication and security risk of taking meetings to Abuja by those institutions involved is huge and government should therefore do the needful in both regards.