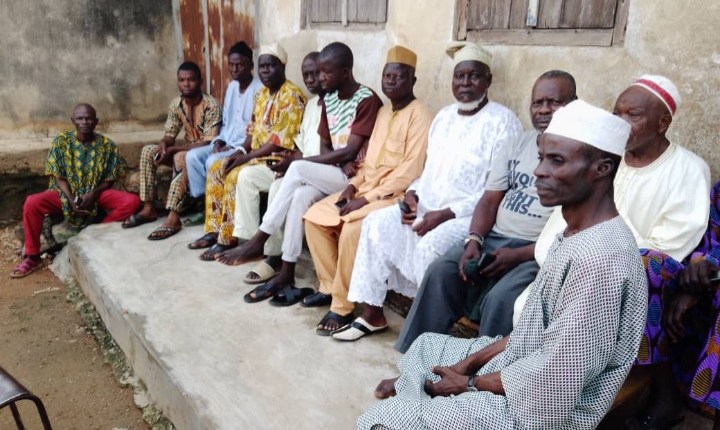 It was gathered that the death of the victims may be connected to the money shared at a clinic that sunk borehole in the area yesterday morning.

Unexpected killing of Micheal and Isiaka had left the residents of Oja-gbo, Kosodo, Idi-Radio and others in panic as they claimed reprisal attack is imminent.

The killers specifically identified the victims through their names before shooting them.

Speaking on the issue, the leaders in the area called for establishment of a police post in the area so as to curb incessant clashes in the area.

the remains of the victims have been buried at Akanran area of ibadan.

Meanwhile security vehicles and officials were strategically placed in the area to prevent breakdown of law and order.

Efforts to speak with the Police P.R.O, Adewale osifeso were abortive as he did not pick his calls.