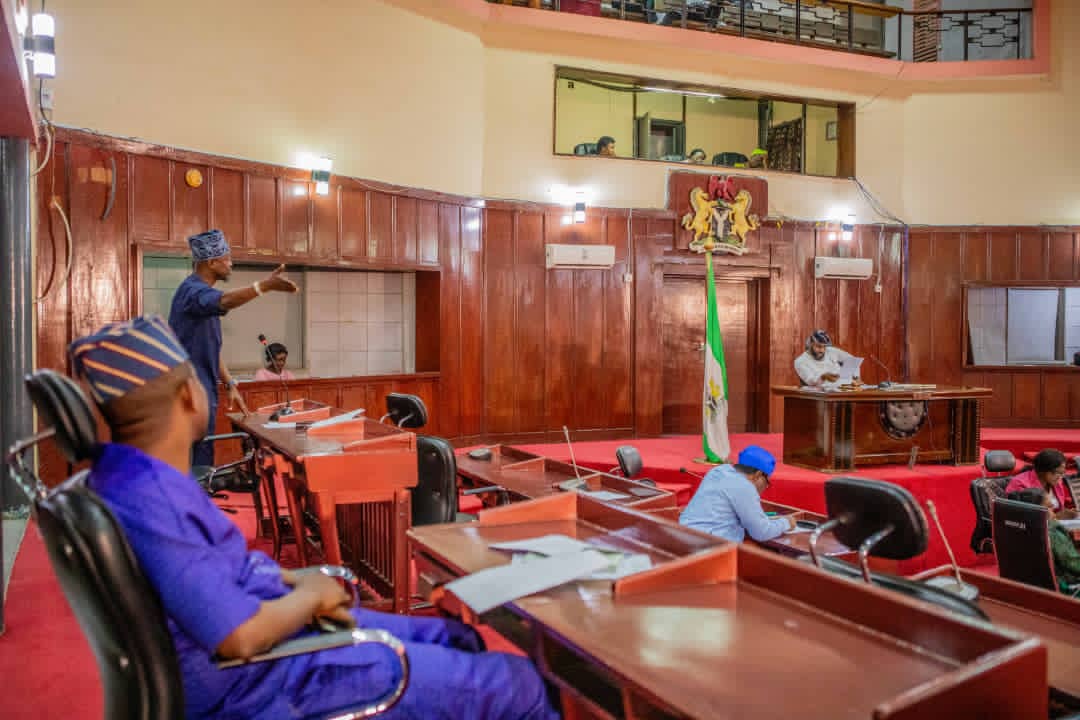 The Oyo State House of Assembly has expressed concern over the possible rise in herders/farmers clashes in most agrarian communities across the State as the dry season approaches, and has therefore called on the Executive arm of Government to put measures in place for the implementation of Anti-Open Grazing Prohibition Law.

This was the resolution of the lawmakers while contributing to a motion on the need to put measures in place to forestall herdsmen/farmers clashes in Oyo State as the dry season approaches jointly brought by Hon Francis Adetunji (Oluyole) and Hon Saminu Gbadamosi (Atisbo/Saki East).

The motion states in part ” As the dry season approaches, herders and their cattle from the fast drying North will be moving down to the West to get greener pastures for their animals. The concern is that the herders would not restrict grazing of their cattle to uncultivated farmlands alone. Experiences in the past would remind us of the bitter tales our farmers have had to tell. Many of our farmers have left their farms for either the fear of being killed by notorious herders or because of great losses they have recorded overtimes due to the wanton destruction of their farms by these set of people and their animals.”

The lawmakers stated that it was time for implementation of the anti-open grazing law passed by the Assembly on the 24th of October, 2019 and already assented to by Governor Seyi Makinde to checkmate the destruction of farmlands by the herders and also compel them to adopt the modern ways of rearing their animals.

In their remarks, Hon Asimiyu Alarape (Minority Leader), Hon Simeon Oyeleke (Ogo-Oluwa/Ajaawa) urged the Executive arm of Government to take proactive measures in addressing the activities of the Fulani herders who carry weapons and guns around.

The duo of Hon Akeem Adedibu (Chief Whip) and Hon Jacob Bamigboye who were almost moved to tears narrated how their farmlands were recently destroyed by the herds of cattle of these erring Fulanis.

They said farmers in Oyo State will experience worse situation from Fulani herders in the coming dry season if the recalcitrant Fulani herders are not made to face the full wrath of the provisions of the law, and appealed to the Governor to be courageous enough in implementing the Open Grazing Prohibition Law.

The Speaker, Oyo State House of Assembly, Hon Adebo Ogundoyin maintained that continuous destruction of farmlands by Fulani herders and their cattle was unacceptable.

He stressed that this has continued to take it toll on the food production and has resulted in scarcity of foodstuff and increase in their prices.

” Our Security Agents, Amotekun Corps and other Vigilance Groups must work together to address this menace and arrest these agents of destruction. We cannot afford to have increase in the activities of Fulani herders on our farms. ” Oyo Speaker said.

The House also called on all stakeholders to organize farmers, herders meeting in order to emphasize compliance to the Open Grazing Prohibition Law and re-emphasize the need for everyone to live together in peace and harmony.

It was equally resolved that there should be adequate sensitization on the media in different languages to ensure everyone becomes aware of penalities and provisions of the law to prevent further violations.