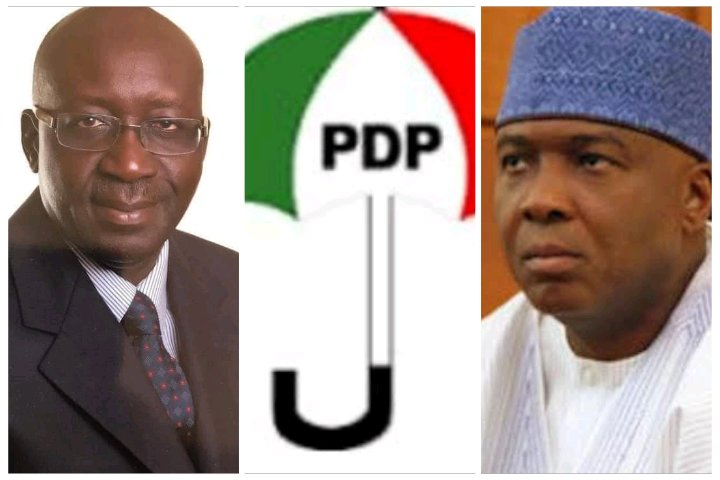 According to Punch, DR. Iyorchia Ayu from the North-central geopolitical zone, specifically from Benue state emerged as the consensus candidate of PDP National chairman ahead of the forthcoming 2021 National Convention. This was decided by the Northern stakeholders of the People’s Democratic Party (PDP) on Thursday, during a meeting held in Abuja where they nominated Dr. Iyorchia Ayu as the consensual candidate for National Chairman of the party ahead of the forthcoming convention.

Although, Ayu’s emergence followed hours of continuous meetings by PDP stakeholders of Northern extraction in Abuja in the past 72 hours. Also, Amb. Umar Damagum emerged as Deputy National Chairman Consensus Candidate for the 19 PDP Northern States. The meeting that decided that Ayu becomes a consensus candidate had Governor Fintiri, Tambuwal, Darius, Bala, Ortom, Haruna Manu, and Barr. Mahdi of Zamfara state all in attendance, alongside all the 3 prospective chairmen of North East, North Central, and North West were also in attendance alongside Zonal Chairmen and all other Northern PDP Stakeholders.

However, these new permutations in the North will have a political offense on some aspirants in the North, most especially those from the North Central States. The Peoples Democratic Party has thrown open the presidential ticket and many politicians in the party are jostling for the ticket. It is apparent in the party that former Senate President, Bukola Saraki, former Vice President, Atiku Abubakar and Former Governor of Jigawa State, Sule Lamido are all after the party’s presidential ticket in the North.

Therefore, the selection of Ayu as the party’s consensus Chairman will affect the ambition of Saraki in many ways. Saraki is from the North Central Geopolitical zone as Ayu, past politics in Nigeria shows that the Presidential candidate and the party’s Chairman do not come from the same zone, which will remove Saraki from the list of contestants. Another way Ayu’s emergence will affect Saraki is that North Central has the least number of registered voters in the North, and since politics is by number, Saraki might not be given the presidential ticket in 2023.

My Government Will Continue To Promote Religious Harmony— Makinde