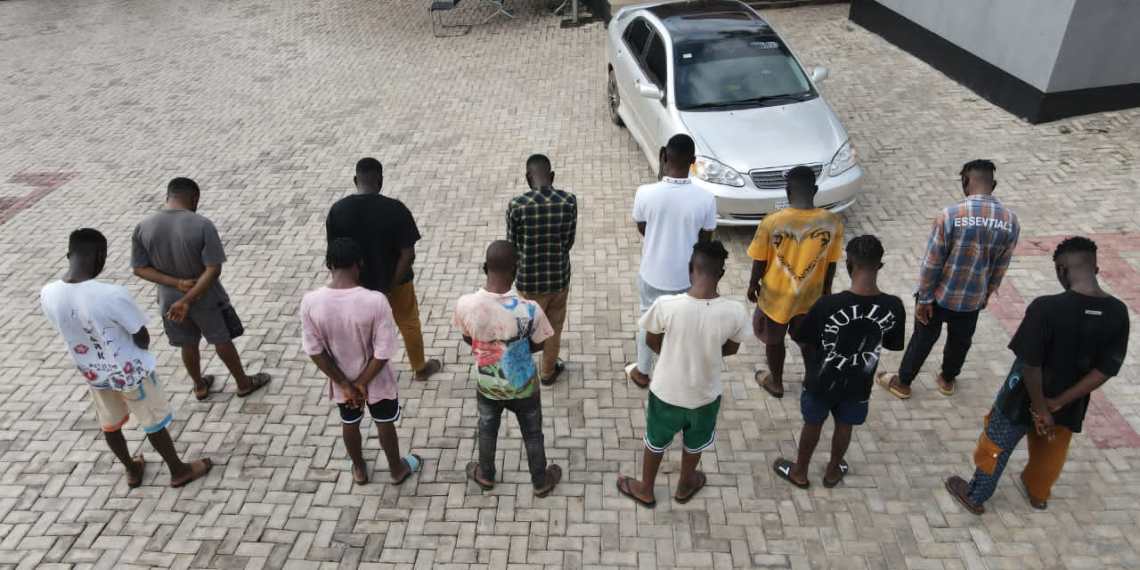 The suspects most of whom claimed to be undergraduates were apprehended following actionable intelligence on their alleged involvement in internet-related crimes.

At the point of the arrest, series of fraudulent documents and other instruments allegedly used in committing the suspected crimes were recovered from them.

The items include: Toyota Corolla, sophisticated phones and laptops.

They will be charged to court as soon as the investigation is concluded.