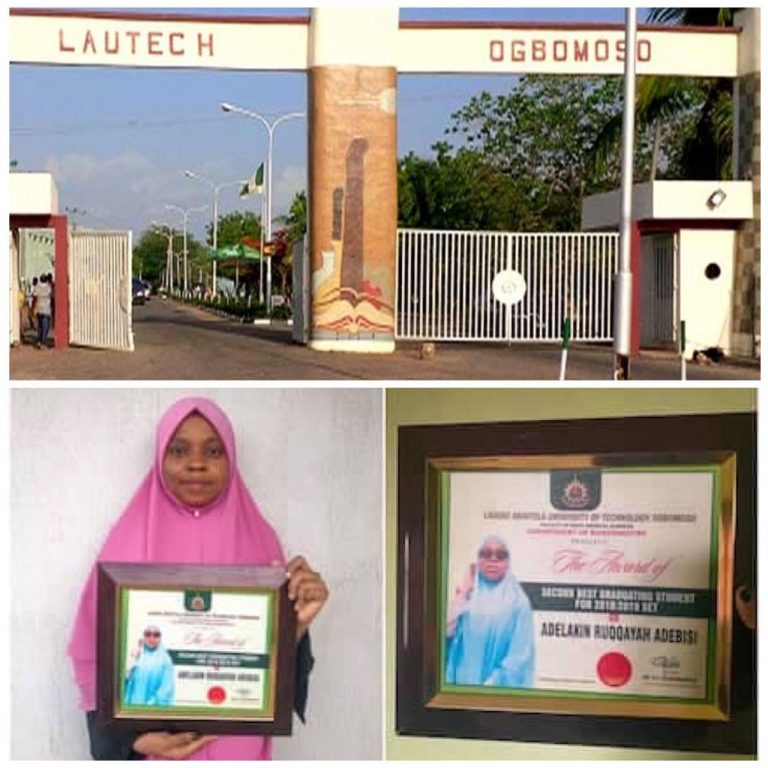 Ruqayyah in a post on her LinkedIn page, said she never wanted to study biochemistry. Her initial plan was to study medicine and hoped to be addressed one day as a doctor.

She stated that she was motivated to study harder during her days in school.
She also revealed that schooling at LAUTECH was not her first choice. She accepted the admission just to start school.

The lady stated that no one had ever graduated from the department with a first class degree.

According to her, When her 100 and 200 level results came out, she was motivated to strive harder.

In a Facebook post by Elufowora Eluyemi Lateef, she said that she never expected first class would be possible as she cried when her CGPA went down. The lady even told her dad that she was giving up.

The lady revealed that she was one of the two people in the department who broke the almost two decades old jinx.

Ruqayyah stated that she is presently looking for scholarship opportunities for her post-graduate studies.

“I feel inspired to do much more. May Allah make it easy and successful for me.”