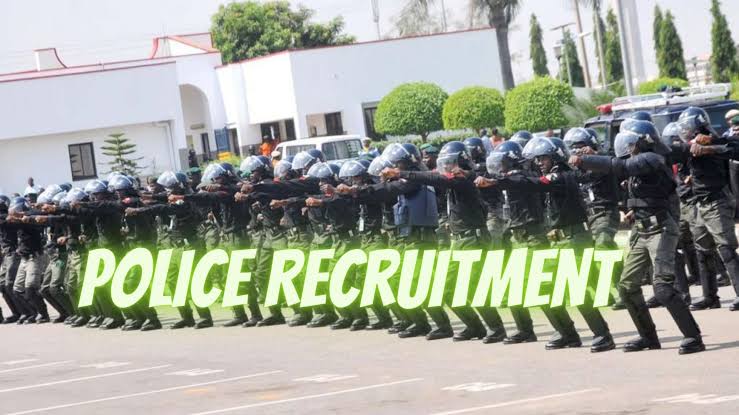 The Nigeria Police Force and the Police Service Commission have made arrangements to conclude the 2020 recruitment of 10,000 constables, which was earlier suspended.

The Force spokesman, Frank Mba, in a statement on Saturday, advised candidates to check their status on the recruitment portal, www.policerecruitment.gov.ng which will be opened from Monday, October 18, through to Tuesday, October 26, 2021.

The statement titled, ‘NPF, PSC set to conclude 2020 recruitment exercise,’ read in part, “Candidates who are qualified for the next stage of the recruitment are to print out their examination slips, which must be presented on the examination date, Friday, 29th and Saturday, 30th October 2021, at designated centres across the country.

“Candidates are equally advised to check their email and phone numbers for notifications.”

The Force, while reiterating that the recruitment was absolutely free of charge enjoined candidates to call 08100004507 for further enquiries about the exercise.

The 2020 recruitment became mired in controversy following the inability of the then police management team led by the erstwhile Inspector-General of Police, Mohammed Adamu, to work with the commission.

Claiming exclusive rights to the recruitment of constables, the PSC had asked the Federal High Court to nullify the process already commenced by the Nigeria Police Force but Justice Inyang Ekwo, in a judgment, dismissed the suit for lacking in merit.

The ruling was, however, set aside by the Abuja Division of the Court of Appeal, which, in a unanimous decision held that the IG lacked the power to recruit constables for the Police Force, and consequently nullified the said recruitment.

Dissatisfied, the police filed a notice of appeal at the Supreme Court, which was subsequently abandoned following Adamu’s sacking.

A PSC official said the commission would commence the 2021 recruitment of 10,000 constables as soon as the issues around the 2020 exercise were resolved.

The source stated, “The notice of appeal filed at the Supreme Court elapsed after three months; the police didn’t appeal the appellate court’s judgment. The moment IG Adamu left office, nobody was interested in the case again.

“We agreed to conclude the 2020 exercise with the police because they have almost ended the process. We are making it known to them that after this exercise, the commission would take over its job.”