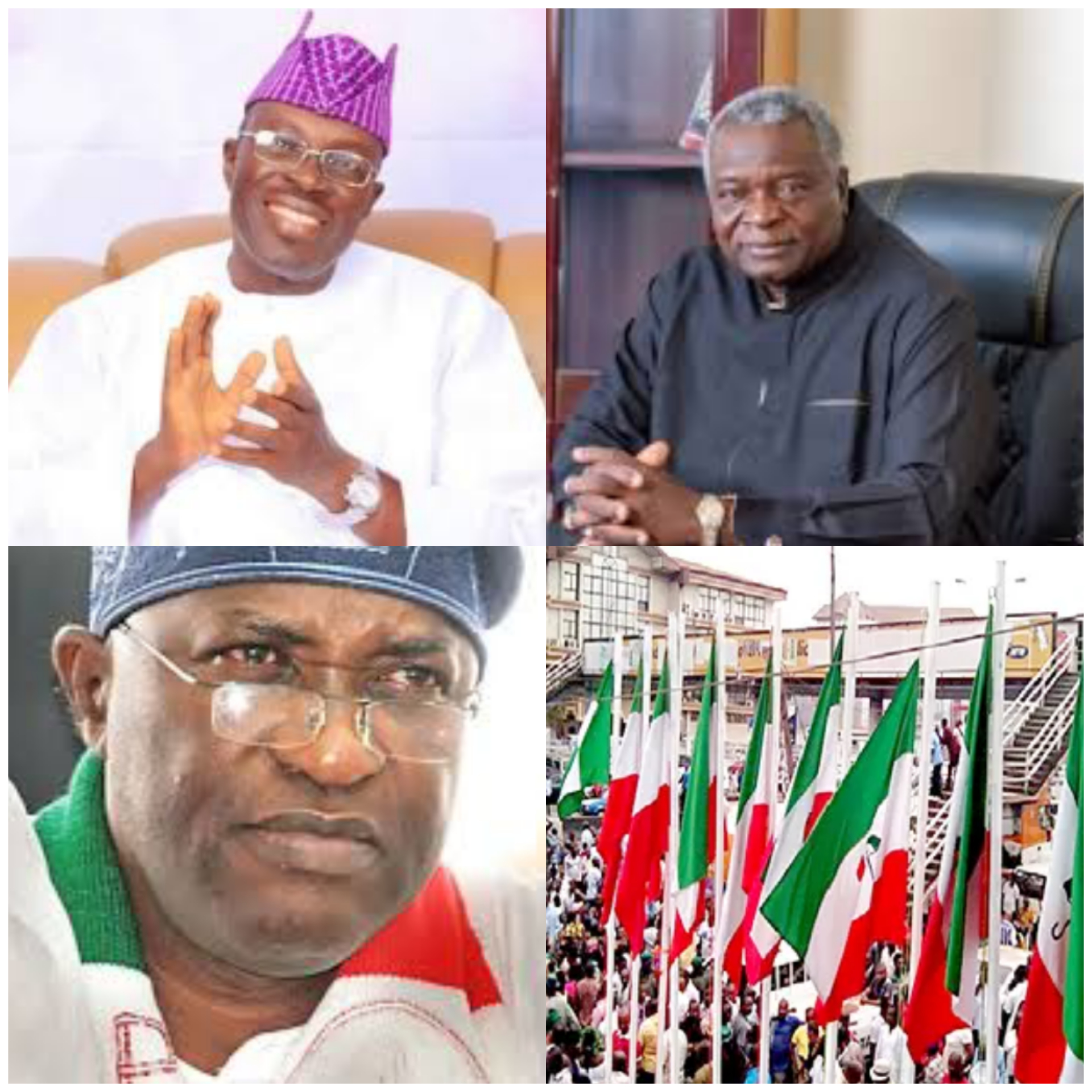 A Former house of representatives member and Oyo deputy governor, has now make the race a tree horse race because some PDP stakeholders do not feel comfortable with the bid of a former governor of Osun State, Olagunsoye Oyinlola due to his perceived mutual relationship with Olusegun Obasanjo, Nigeria’s former president as well as Ibrahim Babangida, ex-military president.

Oyinlola is, however, keeping his ambition alive ahead of the convention, despite all the intrigues from opposition quarters.

The permutation TODAY SPLASH Learnt is what the PDP governors elected from other geopolitical zones are proposing over the fresh crisis tearing apart the South-West chapter of the party over the distribution of national offices meant for the zone.

The intervention is coming on the heels of serious issues over the sharing of the posts of national deputy national chairman, national publicity secretary and deputy national secretary, allegedly being doing done without due consultations.

The governors are said to be keen on their desire to avoid a scenario where governors and other party chieftains would operate under the shadows of two influential former Nigerian leaders who have undisguised sympathy for PDP.

The governors are concerned that, among the six zones, it is only in the SouthWest PDP that there are discordant tunes over the positions about two weeks to convention of the party.

Governors from other zones are expressing fears pointing to Oyinlola’s decision to defect to the ruling All Progressives Congress, APC, at the height of the crisis that crippled PDP in the recent past, coupled with the factionalisation in the party in his home state, Osun.

Similarly, allies of a former national secretary of PDP, Professor Wale Oladipo, who also hails from Osun, said he had no plan to back down on his chairmanship bid at the convention, accusing a chieftain of PDP in the zone of attempting to rid a roughshod on other PDP critical stakeholders in the South-West.

The convention schedule to hold by 30-31st of this month will surely chun out more intrigues.