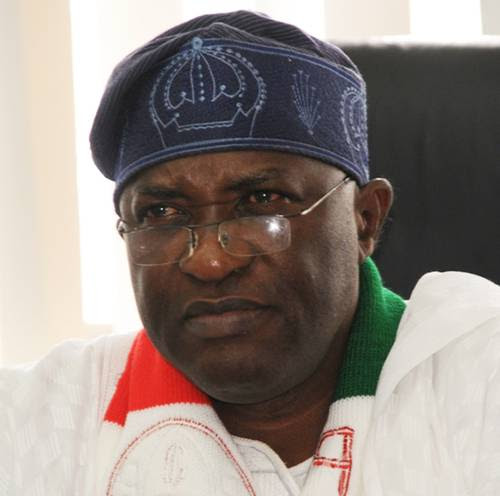 The erstwhile National Secretary of the People’s Democratic Party, PDP Professor Wale Oladiipo has said, he received with shock, the news that he had not been cleared to participate in the convention of the party as the Deputy National Chairman (south) by the Screening Committee due to the observable shenanigans by some “interested powers” that were afraid of his electoral value at the National Convention.

Oladipo said, the powerful forces caused a frivolous petition to be written and submitted concerning his activities during the unfortunate crisis that engulfed the party more than 5 years ago.

He said, the content of the hatchet job remains hazy but the little the people know purportedly hinges on the past crisis that the party passed through then. He further said “it is funny and extremely absurd that 3 petitions can be written by the same person, using the same address and same word processing machine on 3 different aspirants from Osun, Ondo and Anambra States!!! What a tragic comedy!!! The petition was not made available to me before decision was taken”.

” However, throughout the duration of the avoidable crises , l served our Party with dignity and kept my mind fixated on how the party will progress therefrom”

“When the final decision was made, l abided by it and stayed by the party which consequently made us deliver on our mandate”

“At this juncture, it is expediently necessary to reiterate the following facts in sequence order to refresh your memory regarding my activities this far thus:

(1) That when l was the National Secretary, l was never found wanting, but rather performed my duties without blemish up to the point of my exit.

(2) That l have thereafter been performing my roles in terms of responsibilities and privileges.

I have diligently been discharging my responsibilities as a member of NEC of our great party and BoT. I am also a proud member of both the Convention Committee and the PDP e-registration Committee.

(3) That l am also pleased to say that l have been delivering my constituencies constantly to the party.
I have never decamped to any other party or sabotage the interests of the party in any form.

(4) That l have never left the party.
It is therefore funny that those who walked out of convention when we had a sitting President are cleared to contest. To me, this is most abnormal and unfair”

” Even then, every power is temporary.
Those who have power today should be conscious of the fact that some people had it yesterday while some other people will still have that power tomorrow.
Power is transient like the effervescence of soda.”

” Having the conviction that there will always be a tomorrow, l am not going to bother myself to push this case further beyond this point because l believe in our own course which is first and foremost, to deliver Osun State to PDP and from there to move on as a committed party faithful”

“Though I have a right of appeal, and to seek redress within the confines of the internal mechanism of the party’s constitution, but l am not a desperate politician to go that route since the “power that be today” have apparently decided of what to achieve at the convention, l have no choice than to move on to concentrate on delivering Osun State to PDP in 2022″

” We have delivered in the past and we shall continue to deliver.
By the special grace of God, after delivering Osun State to PDP, we will be back stronger and higher”

​Afenifere Replies Malami Over Claims On Igboho’s Ties To Terrorism