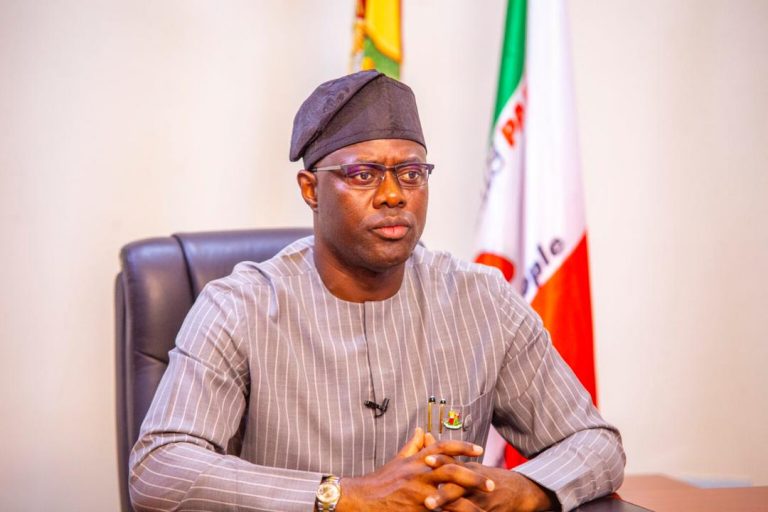 Sequel to the jailbreak in the Abolongo Correctional Centre, Oyo Town on Friday, Governor Seyi Makinde of Oyo State has placed all security agencies in the state on high alert o ensure that all that escaped are rearrested and returned to custody.

The Governor who made this known during a broadcast on Saturday noted that security agencies had also been deployed to protect critical national assets in the state as well as the entrance and exit points across the state.

Meanwhile, Governor Makinde confirmed the death of two security agents; an army officer and Amotekun operatives adding that several others were injured and a female Amotekun volunteer in critical condition.

His words, “Last night, security operatives responded to a distress call about a jailbreak in the Abolongo Correctional Centre, Oyo Town. The correctional facility had been attacked with explosives, and some inmates were set free. Our security men were ambushed. As a result, we lost two of our security agents – A corporal of the Nigerian Army attached to Operation Burst, and an Operative of the Oyo State Amotekun Corps, Tijani Sadiq Babatunde.

“Aside from the two lives lost, we had several operatives injured. I must mention that one of our Amotekun female volunteers, Shukurat Omoba, is presently in critical condition.

“I have visited her at the hospital, and we are deploying all state resources to ensure that she survives this.

“Please, let us all join in prayer for her speedy and complete recovery.”

The Governor subsequently urged residents to be watchful and report any strange occurrence in their environment via the emergency number, 615.

He said, “I am therefore using this opportunity also to put the citizens on alert. There is no better time to repeat the call to action: if you see something, please say something. These criminals would want to go to areas where they will not be easily rearrested. If you spot any unexplained strangers in your community, please call the 615-security emergency number immediately, and make a report.”

He also urged residents to disregard rumours spreading on social media as regards the cause of the jailbreak as he said the authorities are still investigating the matter.