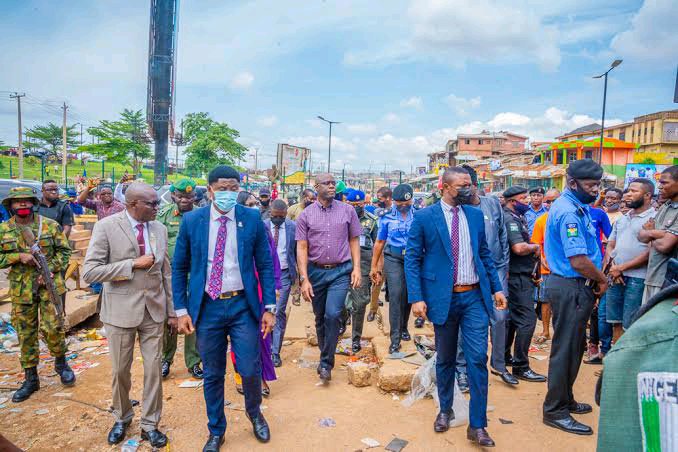 The Oyo State governor, ‘Seyi Makinde, on Sunday, led a number of government functionaries to the Abolongo Correctional Centre, Oyo, to access the extent of damage done on the facility, NewsBreakNG has learnt.

The governor, who had earlier stated that all security agencies in the state have been put on high alert, promised that the state would do everything to protect its citizens and all state and national assets.

Equally, the state government had directed security agencies to deploy personnel to critical national assets within the state and to monitor all entrances and exit points across the state.

837 awaiting trial inmates were freed by the attackers, and a total of 262 escaped inmates had been recaptured, while 575 were still at large.