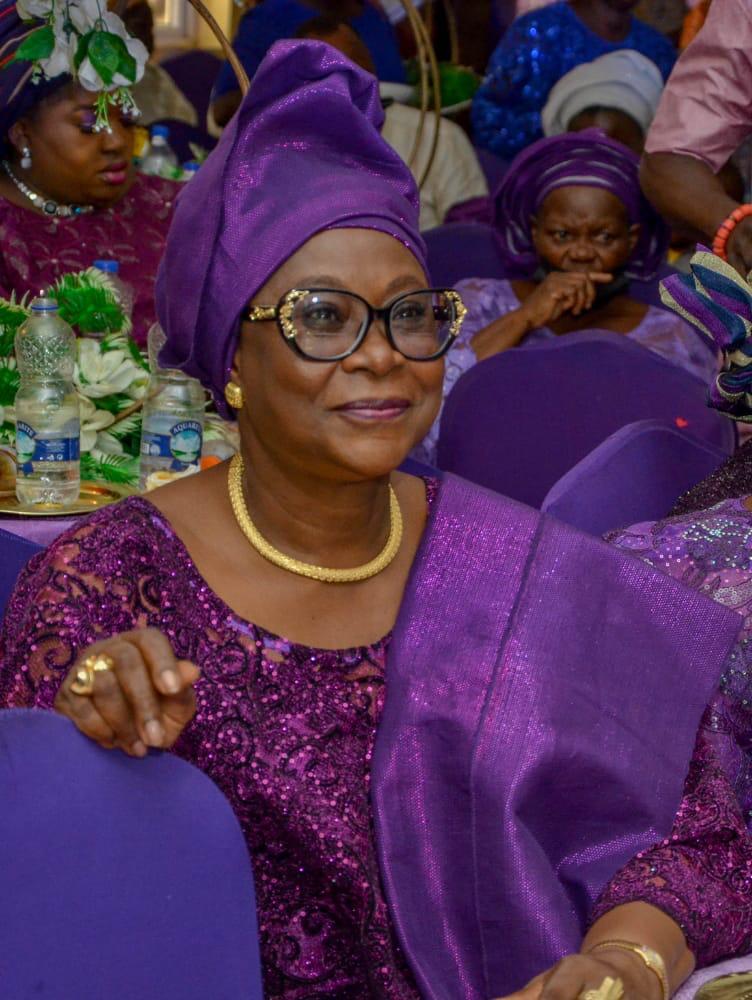 The Ladoja political family in the Peoples Democratic party has hailed the appointment of the former Oyo State first lady, Alhaja Mutia Ladoja as a member the newly reconstituted Board of Trustees of the party.

The group who recently paid a courtesy visit on the new BOT member described her nomination as a new dawn in Oyo state and South-west politics.

The leader of the group, Comrade Wole Abisoye in a statement he personally signed described Mrs Ladoja as a blessing to PDP, especially to the women folks in the party, particularly in the zone and Nigeria in general.

“Her courage and principled stand on issues distinguished her out among her contemporary and this would definitely has a great impact on her membership of one of the most important organs of our great party”, Abisoye said.

The statement added that Alhaja Ladoja’s membership of PDP BOT would bring stability, growth and victory in the coming elections to the opposition party.

The PDP Board of Trustees is a constitutionally-mandated 99-member body within the People’s Democratic Party of Nigeria that provides advice and counsel to the leadership of the National Working Committee and staff.

It is regarded as the conscience of the party and members are nominated once every four years.