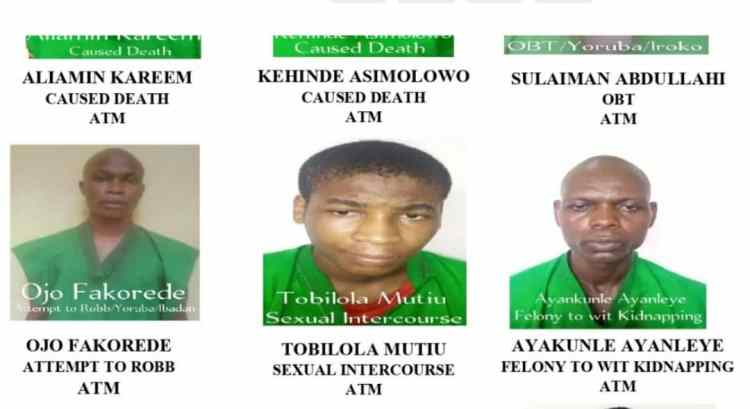 The Nigerian Correctional Service (NCoS), on Wednesday, released the names and photos of 122 inmates who escaped from the Abolongo Correctional Centre in Oyo State last Friday.

The inmates had escaped the custodial facility when unknown gunmen attacked the centre.

LEADERSHIP had reported that the Federal Government had enlisted the help of INTERPOL in recapturing the fleeing inmates when the Minister of Interior, Ogbeni Rauf Aregbesola, visited the facility after the incident.

BUSTED: Crime Alert Scammed Us To The Tune of #2bn, While EFCC Charged Him For Only #35m— Investors Cry Out