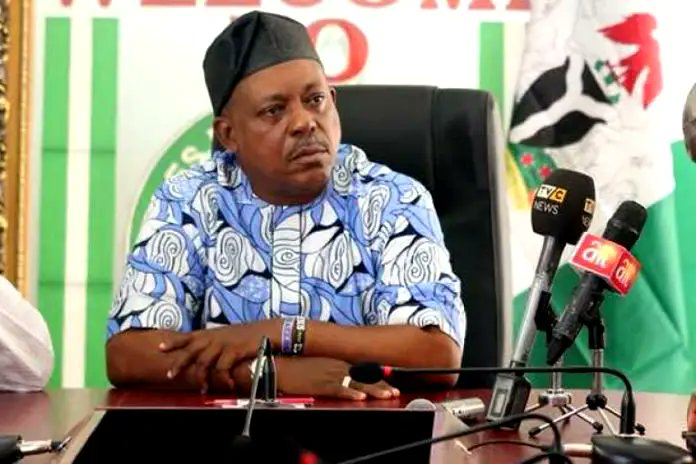 The Court of Appeal sitting in Port Harcourt, Rivers State, has ordered the People’s Democratic Party, PDP, to go on with its planned National Convention unhindered.

This was following the dismissal of the application by the sacked National Chairman of PDP, Prince Uche Secondus, seeking the suspension of the party’s Convention scheduled for 30th and 31st of October.

The three man appeal panel led by Justice Haruna Simon Tsammani, in a unanimous decision on the application CA/PH/339/2021, held that Secondus application was only aimed at distracting the party from going on with the convention, adding that he was targeting to re-contest the same office he was sacked from.

Reading the decision of the court on behalf of the panel, Justice Gabriel Kolawole, recalled that the application which he termed consequential was filled on the 14th of October and all arguments on the matter taken on the 28th after some amendments.

He recalled that Secondus on two grounds was seeking an Order of Injunction restraining the PDP from holding the Convention, pending the hearing and determination of his sacking, and an order directing parties to the appeal to maintain Status Quo Ante Bellum that was before the 22nd of August 2021, when he as the National Chairman of the party was removed, pending the hearing and determination of the appeal.

Kolawole noted that the court listened to the counsels in the matter and made review of the issues raised by the parties, noting that there was no legal right in suspending the decision of the lower court on the substantive matter.

He regretted that since August the party took decision of the convention and set up committees to man the event that he (Secondus) did not take any step only to come few days to the convention to seek suspension.

Kolawole said on the issues of right that there was no personal right which the court can protect for the appellant applicant, because the office he occupied as the chairman of the party was public.

He bemaoned that Secondus had remained silent since he was sacked and his office taken without saying a word, adding that his late move was to take a shot at the national convention.

Kolawole said granting the prayers would cause inconveniences, noting that greater justice would be done by refusing the application of the appallant to stop the convention, or annulling the decision of the lower court.

“The appellant (Secondus) motion fails and is hereby dismissed. The sixth respondent (PDP) is empowered to hold its convention without hindrances,” he read.

(VIDEO) Makinde Told Me He Doesn’t Need Me, Neither Is My Presence Needed In The Party—Omotosho Gives Reasons He Joined Aggrieved Camp