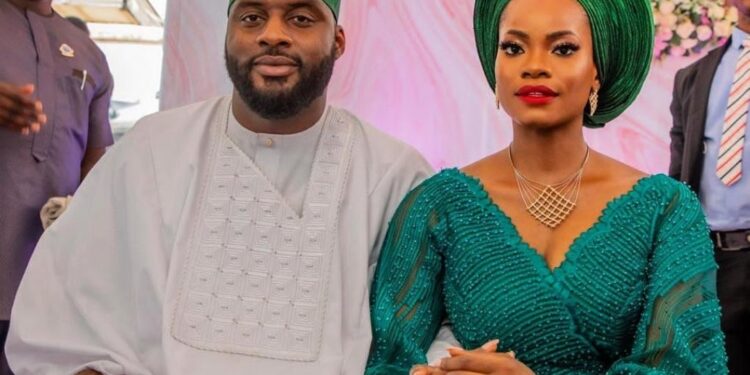 The Speaker of Oyo State House of Assembly, Adebo Ogundoyin, will on November 27 wed his fiancée, Miss Olamidun Majekodunmi.

The Lawmaker had officially met family members of his fiancée, in an introduction ceremony on June 26th, 2021.

Family, friends and some members of Governor Seyi Makinde led administration in Oyo state were present in Abeokuta, where the speaker had gone to meet the Majekodunmis.

Debo Ogundoyin, son of late industrialist, Adeseun Ogundoyin became member of the Oyo state House of Assembly, after he won a bye-election held, after the death of the former Speaker, Michael Adeyemo, who died on April 27, 2018.

The second term member of Oyo assembly and alumnus of Babcock University, Ilisan in Ogun State, became a Speaker at the age of 32.