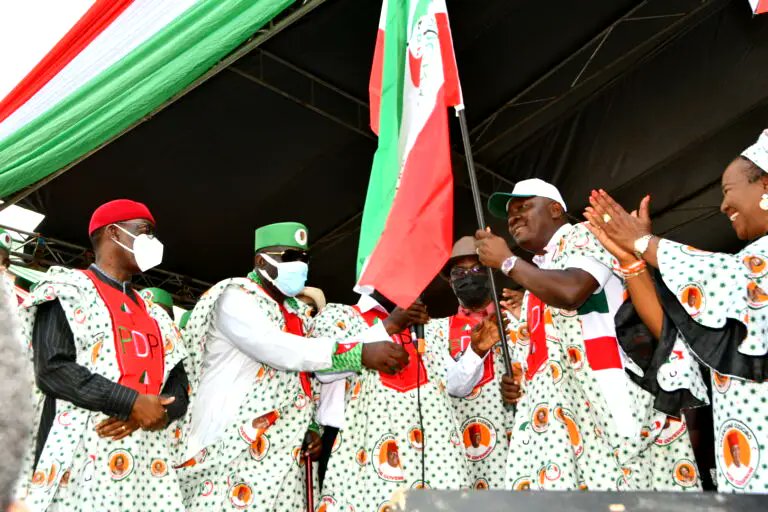 They vowed to deliver the PDP candidate, Valentine Ozigbo on Saturday.

The Chairman of Valentine Ozigbo national campaign Council Ikpeazu told Anambra residents to vote for Ozigbo, describing him as humble and trusted.

He chided Anambra people for being in an alternative political party, saying the cream of Nigeria could not be at the backward.

Okowa said the recently conducted national convention of PDP, which produced new leaders had sent clear signal that the party was ready to take back Nigeria.

He urged the people to be courageous and take back what belongs to them.

Makinde said November 6 election was a choice for the best.

He told Anambra voters that the time to take back the State was now, adding that PDP would no longer take the back seat in Anambra.

Former Anambra Governor Peter Obi urged the voters to take back their state because it had collapsed.

Obi lamented that the state had remained where he left it with roads and other amenities gravely depreciated.

Ozigbo said the rate at which supporters of other political parties join the PDP was a sign of what to come.

He said that everyone in the State was angry and wanted something new, adding that he would give Anambra a fresh start if elected Governor.