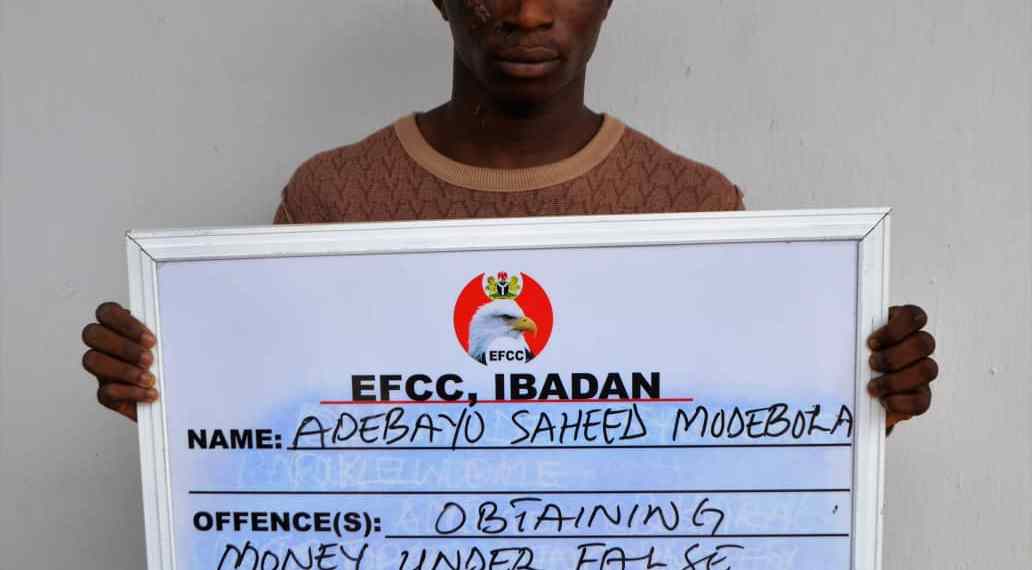 Justice Bayo Taiwo of the Oyo High Court sitting in Ibadan has sentenced an internet fraudster, Adebayo Saheed Modebola, to six months community service after finding him guilty of impersonation in a criminal charge filed against him by the Ibadan Zonal Command of the Economic and Financial Crimes Commission, EFCC.

The 21-year-old who claims to be an automobile mechanic met his waterloo on Tuesday, November 2, 2020 as the judge held that the Commission sustained the allegation of impersonating one Stephanie Cameron Caron to defraud people through the use of the internet.

Apart from the six months community service, the judge also ordered that the convict restitutes the sum of One Thousand United States Dollars ($1,000) to his victim through the Federal Government of Nigeria and the EFCC.

He also forfeits an iPhone 11 mobile phone to the Federal Republic of Nigeria.

OYSCATECH Sets Up Task Force for Students With Immoral Behavior