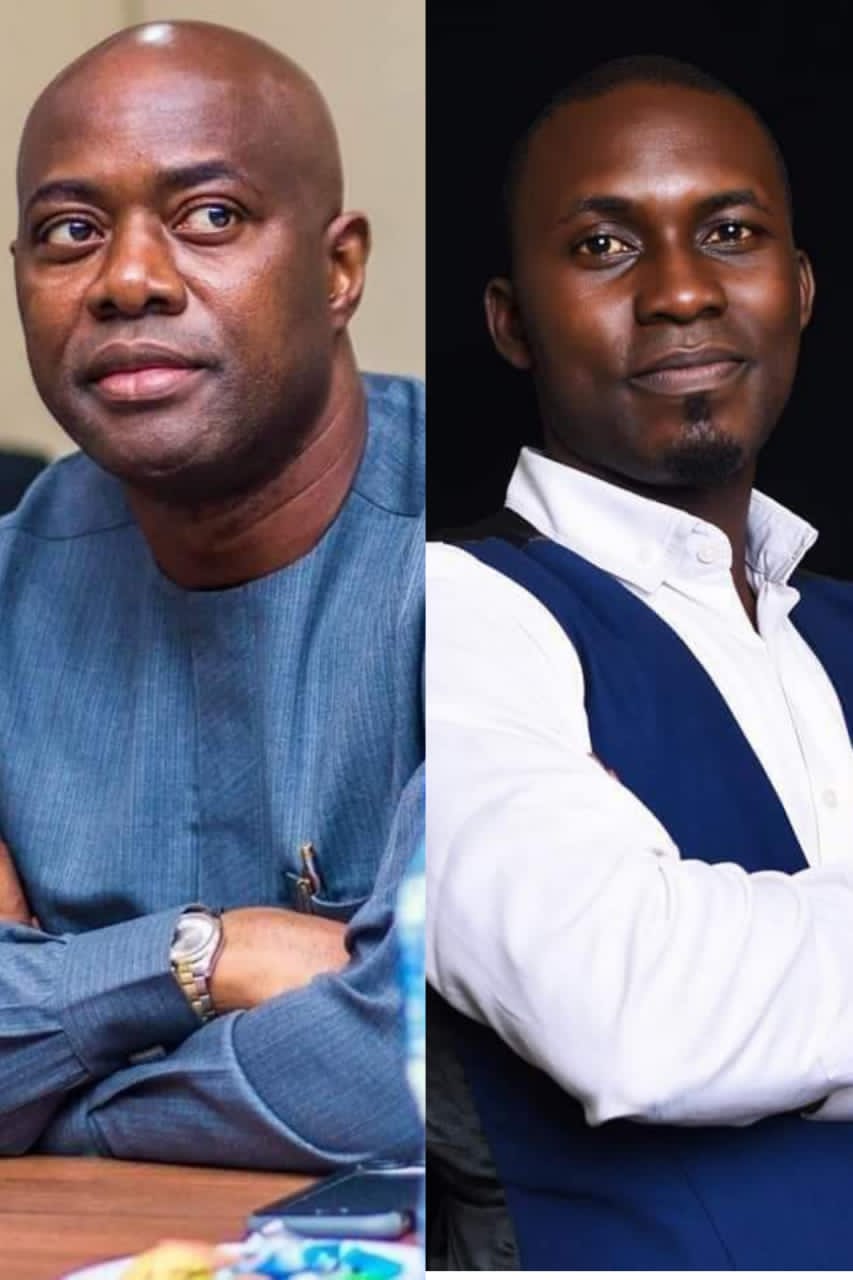 “Every day, leadership challenges are going to come for you. From all sides, around every corner, even from within.”

Leadership—true leadership is based on honesty, authenticity and meaningful relationships—takes guts. The kind of leadership that inspires others, serves others, and points them towards a greater purpose and vision … it’s hard work.

There are many bumps on the path of leadership. Sometimes they’re roadblocks. Sometimes the bridge is out entirely. But every challenge is an opportunity. It’s a chance to learn about yourself, improve your skills and strengthen the emotional intelligence that’s so critical to effective leadership.

Makinde, the Executive Governor of Oyo State, since his administration began, has been facing many challenges from all walls both within and outside, National, State, Local yet he was not moved.

However, various varieties have helped GSM in managing some unexpected, unplanned crises to distract his administration from doing the right thing, getting it right as well doing it well as against what it used to be in the Political atmosphere.

As a Transformational Leader with full capacity, ability different from “ABINIBI” he has been able to scale through as an experienced professional and Distinguished Educationist, practicing Engineer, and scientist via his leadership acquisition in position, relationship, result-oriented, developmental, and unshakable integrity of heart.

As a young Entrepreneur, a successful business tycoon at the youthful age of 29, made himself by striving to take the lead anywhere. Knowingly, success is never an act but an attitude, for Engr Oluseyi Abiodun MAKINDE, his successes were never overnight but over time.

Guess what? The first and probably most persistent source of leadership challenges, It’s you. The Leader yourself.

Yes, there are plenty of external forces that can throw obstacles on your path. But most often, it’s our thoughts, feelings, and ways of reacting to situations that can create some of the biggest hurdles in Leadership.

My dearest Governor, your humility is second to none likewise your gentility. When you’re in a position of leadership, it can be easy to start believing your press. Maybe things are going great. You’re hearing accolades. It’s easy to start believing that all this success is your doing. That maybe, just maybe, it’s you and your team who deserves the credit for your administration greatest accomplishments so far in the last 2 1/2 years

But you don’t need us to tell you that the arrogant leader is not someone we want to follow unlike some whose egos are bigger than their people once they are in position. That’s a leader who alienates their team, causes conflict and incites drama. None of which is healthy for an organization as well in the Political arena.

The best leaders are humble leaders. They know that leadership is about influence, service, and impact, not authority. They recognize the value of the team around them. And they reap the rewards of a team that respects their character and willingly works alongside them to reach a common goal and that’s exactly who you are, Gov SEYI MAKINDE.

Your demonstration of Leadership by attending the wedding ceremony of a former Gov. Ayo Peter Fayose’s Son in Lekki, a major and vital stakeholder, Chieftain in the party PDP despite your linear differences shocked many of your followers and some think tank from your school of thought as well those at the other side. This melt some of your loyalist heart that truly, you are a different species made for this generation to liberate the voiceless, oppressed, indigents as well the vulnerable

Meanwhile, in your opening remark at the event, a strong message was served to all lovers of politicians, followers to be guided and not ‘kill’ themselves because of anyone as a result of playing Politics or wanting to be Loyal to their respective masters but look beyond in making a better society and having a unified Nigeria as our country home.

In His Excellency’s voice: “If you look at the former governors in Ekiti State – Governor Segun Oni, Governor Ayo Fayose, and the incumbent Governor Kayode Fayemi, they have governed the state at one time or the other but they were not in the same party. So, those of you who want to die because of us politicians, be careful.”

“Politics is not something that should cause anybody to lose his or her life. We are moving towards the electioneering period, and I just want to use this opportunity to appeal to you all he said.”

It can be a challenge to stay humble as a Leader, but it’s an essential leadership quality that’s worth fighting for. In other words, your self-confidence has automatically turned into Godfidence but having self-confidence isn’t the opposite of humility. It’s healthy.

The problem is most Leaders, if we’re honest about it, struggle with self-doubt. And the more you succeed, the more you’re likely to wrestle with those feelings that you’re not really who people think you are. That’s known as imposter syndrome, and it can be a particularly painful challenge for many leaders because it creates so much self-doubt. It can cripple one ability to inspire, motivate and serve your team.

That’s why healthy self-confidence is an essential characteristic of Leadership. Whereas your humility is not only because you are a governor today or before you became the Governor, it’s all about knowing you’re not the center of the universe, self-confidence means understanding that you bring value to that universe. I encourage you Sir Excellency to be quieting the internal voice that tells you, you’re failing, you’re not good enough, you’re a coward, you are a fraud.

Sir, may I let you know that if self-doubt says you are not enough, self-confidence will say, “You are enough.” with Godfidence backing your strength. No one does it better, bigger, greater with earthly godfather but with the help of God the Father.

Your Excellency Sir, not much can get in the way of leading well, leader like you is rare in the Political space and making good decisions to move your administration forward at the expense of the people’s interest is what I have seen as your priority.

Fear of the changes that are bound to happen, how you’ll handle them and how your team working hand in hand will react. The fear of making the wrong decision at times can be avoided or eschewed if noticed or observed as against the will of the people for the benefit of humanity.

On a final note, the news about the jailbreak at Abolongo Correctional Center prison owned by FG by some unknown gunmen shocked many people on that Black Friday night in Oyo town just some meters away from the palace of Alaafin of Oyo, Iku baba yeye Oba Lamidi Adeyemi the third. Without mincing words, your leadership response to the unfortunate incident was applauded by issuing a statewide press release and authorized immediate Security alert to all exit and entry points in the state to be manned by Security agencies in protecting the national asset despite not being owned by the state Govt.

On 24th Oct 2021, you quickly decided to visit the scene of the incidence to assess the extent of damage as well the loss of lives of two Amotekun corps and a soldier while some were critically wounded and receiving intensive care at the UCH Ibadan.

During your visitation to the prison, your excellency Sir, it amazed me to hear you approved the following on the spot with immediate effect such as;

Truly, your leadership is at its best peak that can’t be compared ever. In other words, that urgent action taken on that Security aspect had further won the heart of the masses as well earn you more respect, trust, and confidence that truly, your style of Leadership should be emulated. Fear is a basic human instinct, and no leader is immune to it. What you can do is recognize it, own it, and deal with it effectively which you did before the people.

And by nomenclature and Adamic nature, I Dig. Com. Moyosoreoluwa Olamilekan Eldreez codenamed IJOBA AUTHORITY MOE héreby leaves you with this.

“All the fears, stresses, and worries you face as a leader, how do you overcome them? Can you? Of course, you can. And since the challenges start with you, overcoming them has to start with you, too.